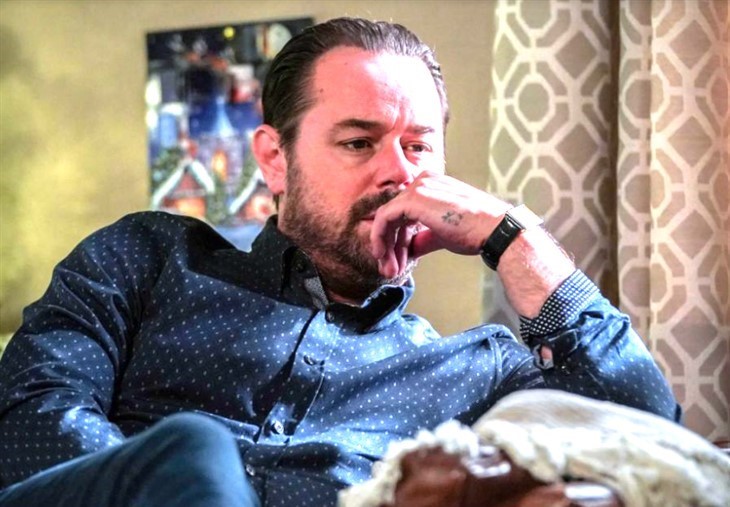 Eastenders spoilers reveal that it’s going to be a bloody Christmas in Walford. Metro confirmed that someone takes “lethal” action during the holidays, but the murder victim won’t be Ian Beale (Adam Woodyatt). We have a feeling that Mick Carter (Danny Dyer) will explode with rage, but who ends up dead? Keep reading to learn more about what is coming up.

Last week, we saw a lot of people furious with Ian and wanting him dealt with permanently. He was brutally attacked, but survived the incident. It looks like Tina Carter (Luisa Bradshaw-White) is guilty and Ian did name her as his attacker. However, we also know that there is going to be a twist. While Ian could end up murdered before the end of the year, we don’t think the story is going to play out that way.

According to Metro, the soap has confirmed that someone takes lethal action during the holidays. We think this is a separate plot from Ian’s attack. Now, there are a lot of people that could have it coming. Suki Panesar (Balvinder Sopal) has lots of enemies and could easily eliminate her enemies. However, we also know her new plan backfires. Tina will continue to unravel, but we don’t think she will try to finish off Ian.

Mick Carter Due To Explode

Eastenders spoilers reveal that pressure is building up for several characters. However, the person who is most likely to explode with uncontrollable rage right now is Mick. He is still dealing with giving up The Vic. He is aware that Linda Carter (Kellie Bright) is getting cozy with another man. However, the bulk of his mental instability has to do with Katy Lewis (Simone Lahbib). He’s trying to wrap his head around the abuser claiming that his sexual abuse memories are just a childhood fantasy. Katy blames her victim for the destroyed relationship with her daughter, Frankie Lewis (Rose Ayling-Ellis). Plus, she keeps pretending to “be there” when she’s actually ruining Mick’s life piece-by-piece.

With all these issues spinning around endlessly in Mick’s mind, he is bound to snap. However, he doesn’t view Katy as the enemy. She is pretending to “help” him just like when he was a kid in the care home. So, his explosive rage probably won’t be directed at her. Instead, we expect Mick to murder Max. After all, it is confirmed that Mick rejects his wife once again, which leads her to make a decision. However, it is teased that Linda won’t be able to turn back from the decision. Sounds like whatever happens will be permanent, and we already know actor Jake Wood is leaving. So, this makes perfect sense.

Once Linda finds out the real reason for Mick’s behavior, she will likely do everything to protect him. Which means Mick won’t’ be going to prison, but someone else could… such as Ian Beale.