Days Of Our Lives (DOOL) Spoilers: Sarah Makes Another Attempt To Get The Goods On Philip 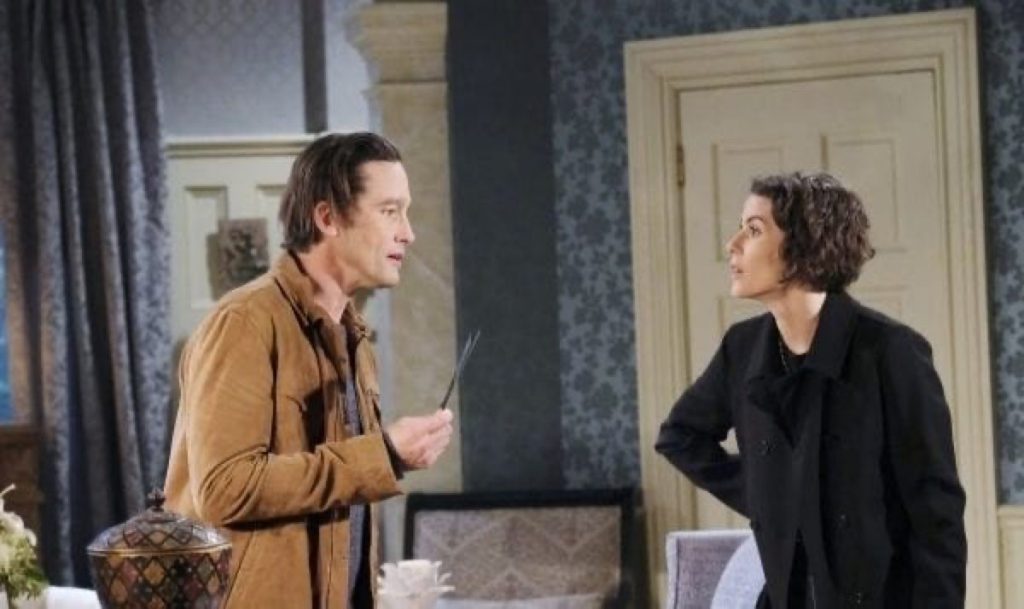 Days of Our Lives (DOOL) spoilers tease that in Salem Sarah Horton (Linsey Godfrey) will make another attempt to get the goods on Philip Kiriakis (Jay Kenneth Johnson) this week on Days of Our Lives!

Sarah And Xander Kiriakis Have Been Working A Sting Together

Days of Our Lives viewers will recall that Sarah and her boyfriend, Xander Kiriakis (Paul Telfer) have been working a sting together. So far, they have uncovered that Philip has been working with a partner to embezzle money from Titan Enterprises, and the money has been going through a laundering.

They know now that Philip’s partner is Ava Vitali (Tamara Braun), who is part of the Philadelphia, Pennsylvania mob. Xander and Sarah have been working to get concrete, convincing proof that Philip is trying to defraud his father, Victor Kiriakis (John Aniston) and tear down the company that he worked so hard to build from the ground up! But everything they have dug up so far is just he said she said kind of stuff – they need something that Victor can see for himself and believe – or maybe, hear for himself.

Victor did test his son by telling him he was “on to him” but Philip didn’t react in a way that convinced Victor that he really was up to anything! Sarah and Xander have pretended to break up, in order to take advantage of Philip’s seeming attraction to her. Sarah may have to do more than flirt to really get Philip to spill some tea, and Xander isn’t exactly happy with that idea, but they agree that something has to be done to achieve the results they are looking for!

Sarah again goes to sweet-talk Philip, hoping to get him to confess to the embezzlement on a recording she has set up on her cell phone. She’s not going to use “the confessing couch” method however, she’s just going to tell him some tidbits that she knows about from the Salem Spectator and put them together with some tidbits from her and Xander’s own surveillance. She’ll play innocent and bat her big brown eyes at him and ask him some questions pretending to be jealous over him.

She and Philip stand in a modicum of privacy in a room near the living room in the Kiriakis mansion. Philip happens to be going somewhere with some sort of document in his hand and Sarah tells him she’s spotted him chatting with another woman around town and wonders how he knows Ava Vitali (Tamara Braun)! Ava, of course is all over the news in Salem with her amazing resurrection aided by Dr. Wilhelm Rolf (William Utay) and the resulting freedom of Joey Johnson (James Lastovic).

Philip looks a little nervous, wondering when she spotted them together! He tries to deny knowledge but then Sarah mentions the building where Ava lives. Sarah tells him it was getting a little “crowded” at the mansion, with her, him and Xander all living there. She didn’t know who Ava was at the time but then saw her photo in the paper in connection with Joey’s release! Philip still plays dumb as to knowing Ava, and says he was there looking for the owner of the building for business reasons and just knocked on a random door and asked a random tenant if she knew how to contact the landlord in order to find the owner! Sarah doesn’t hit paydirt this time but she knows she’s got Philip nervous!