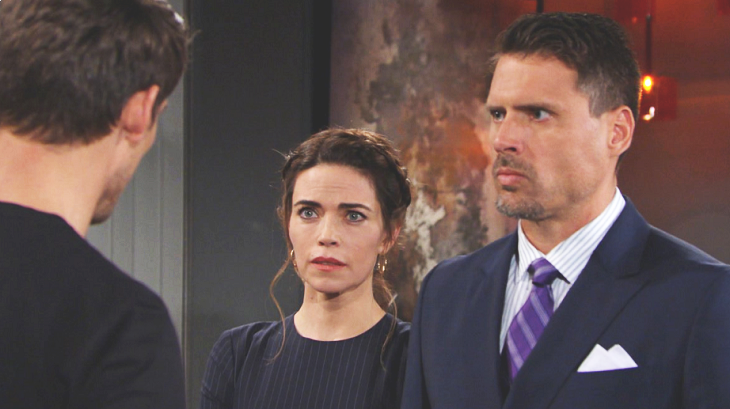 The Young and the Restless (Y&R) spoilers tease the summer will bring the drama to the CBS soap opera.

Adam Newman’s (Mark Grossman) return has made waves as the Newman family tries to figure out their place with the “favorite” child back in the spotlight.

Victor Newman (Eric Braeden) will face a health crisis. Phyllis Abbott (Gina Tognoni) pulls off a scheme and a fake company and cripples the new launch of Jabot Collective. Here’s what is ahead on Y&R.

Adam’s return has really thrown the Newman family for a loop. Y&R spoilers tease over the summer he will try to reclaim his family with Chelsea Newman (Melissa Claire Egan) and gain custody of Christian Newman (Tobias twins).

Young And The Restless Spoilers: Rey Spies On Adam And Sees Him Making Out With Sharon https://t.co/re9gdWoGv4 pic.twitter.com/mjmfMkAEjM

He will partner up with someone surprising and will use that relationship to his advantage. Adam will settle into old patterns and fall into the arms of old lovers.

Nick Newman (Joshua Morrow) and Victoria Newman (Amelia Heinle) will team up for an epic Newman battle. As the Newman’s fight Adam and his what they deem ridiculous demands, Victor will face a health crisis. He will have to tell Nikki Newman (Melody Thomas Scott) so she can be by his side while he embarks on the fight of his life.

Young And The Restless Spoilers – The Abbotts Fight A Threat

Ashley Abbott (Eileen Davidson) and Jack Abbott (Peter Bergman) will reunite to fight a joint threat to Jabot from the outside. They will call a truce so they can stop it before it grabs hold of the company.

After some investigating, Jack discovers Phyllis’ shady move and her fake company that is selling Jabot knockoffs. Jack will lean on Lauren Fenmore (Tracey E Bregman) as she helps him reclaim his love life. Will it lead to more between them?

It looks like there is some exciting drama ahead for summer sweeps. Look to Tessa Porter (Cait Fairbanks) and Mariah Copeland (Camryn Grimes) to struggle with their relationship too. And Rey Rosales (Jordi Vilasuso) and Sharon Newman (Sharon Case) will hit a major relationship roadblock.