Young and the Restless Spoilers: Victor Newman Not Worried, Has Proof To Clear His Name In JT Case? 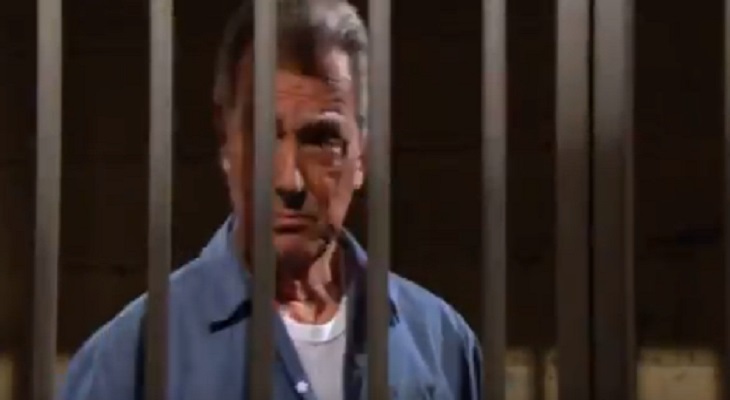 The Young and the Restless (Y&R) spoilers tease JT Hellstrom (Thad Luckinbill) is dead. There has been some speculation that he will pop up alive and the one who has been framing the coven. That isn’t going to happen. However, there is the issue on how JT’s watch ended up in the dirt.

Young And The Restless Spoilers – The Watch

As the Y&R writers try to wrap up the JT murder investigation, they have a big problem on their hands. They will have to explain how JT’s watch ended up in the dirt. At this point in the storyline, the viewers just want it over and they will accept any reason the writers feed them.

The explanation will be that someone (unknown still) saw the women bury JT and they stole his watch as proof. For whatever reason, they planted the watch in the dirt to prove Hellstrom was murdered.

The blackmailer didn’t expect the cops to launch a murder investigation over a watch. At this point, things have escalated and they aren’t sure how to get out of the mess.

Typical of Victor Newman (Eric Braeden), he finds proof that someone planted the watch. He knows he has to prove JT is dead or the cops will try to pin his murder on him. He finds proof the watch was planted. They prove Victor is innocent.

It isn’t apparent if they will be able to prove JT is dead or not. All the Y&R spoilers say is Victor will be cleared of any wrongdoing. They will also prove someone planted the watch in the dirt, which lets the women off the hook too.

Do you think JT is dead or alive? Don’t forget to come back for more Young and the Restless (Y&R) spoilers, news, and casting updates!

General Hospital Spoilers: Could Margaux And Hank Be Connected?