Young And The Restless Spoilers: Is Summer Right – Will Kyle’s Love For Lola Be Over After They’ve Had Sex? 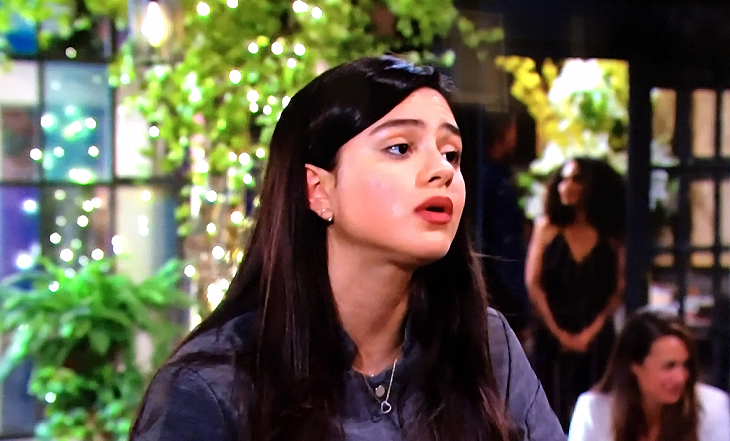 The Young and the Restless (Y&R) spoilers tease that during the week of April 29, Lola Rosales (Sasha Calle) and Kyle Abbott (Micheal Mealor) will make love and solidify their feelings for each other.

However, this will come at a cost for them both as Summer Newman (Hunter King) isn’t ready to give up her man. It will become a huge power struggle and end with Kyle unsure of which woman is the better fit for him. Here’s what you need to know about what’s ahead on Y&R.

The truth is Summer knows (or thinks she does) that if she’s patient, Kyle will come back to her. She may be right in her thinking that one of the main reasons Kyle wants to be with Lola is that she’s an innocent girl who has never had sex. She believes once he has sex with her, his love for her will be over.

Young And The Restless Spoilers: Summer Won’t Give Up Kyle That Easily – Lola Prepares For Battle

Young And The Restless Spoilers – Lola Rosales Has Upper Hand

Lola and Kyle seem to be close and she has the upper hand over Summer – at least right now. The only card Summer has to play is that she’s Kyle’s ‘legal’ wife. Of course, Kyle can claim he only married her for a sliver of her liver for his girlfriend – which only makes him look like a jerk.

Kyle begs Summer to let him go so he and Lola can have a life together, but she refuses. She becomes determined to prove she is a better match for him.

Over the next few weeks, Lola will have put in serious hours at the restaurant, which will put her relationship with Kyle on the back-burner.

Young And The Restless Spoilers – Which Woman Will Win?

If she isn’t careful, Y&R spoilers warn she could throw Summer into Kyle’s arms as she has more free time to convince him she’s the better woman.

The question will be, who does Kyle want a life with? And, will his differences with Lola–specifically economic differences– cause a problem as they consider taking the next step in their relationship? We’ll have to keep watching Y&R to find out what’s next in this storyline.

Hey #YR fans,
Do you think it's time for Dru to come back? Vote right here ⬇️⬇️https://t.co/DyGI0dyyaY

General Hospital Spoilers: Shiloh Beaten Up – But Who Did It?

Days Of Our Lives Spoilers: Rafe And Lani Get Closer As They Bond Over Baby David