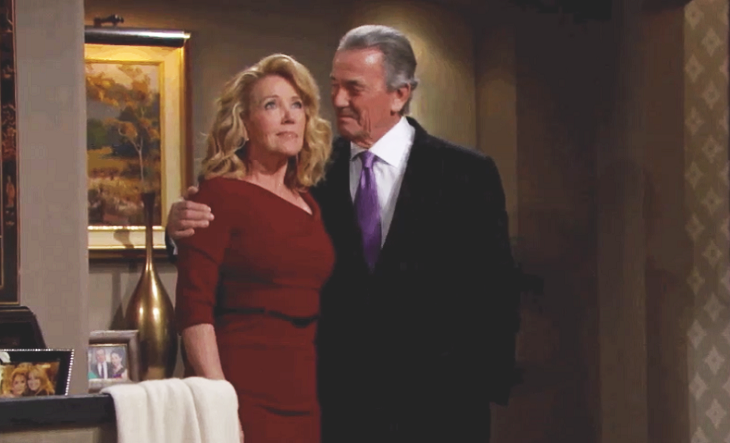 The Young and The Restless (Y&R) wouldn’t be the soap it is today without the Newman family. They have been on the show for decades, and have been through a lot since their Y&R debut. One of the most famous Newman family members is Nikki, played by Melody Thomas Scott.

Recently marking her 40th year in portraying her character, she said there was one thing she would like her on-screen family to experience and that’s being poor.

Viewers of the Young and The Restless may recall that the Newmans have had their fair share of ups and downs, but they always manage to bounce back. In her four decades of playing Nikki, there is one major storyline that Thomas Scott wants writers to focus on—the downfall of the Newmans.

Young And The Restless News – Eric Braeden Disagrees With Her

“I would love to see them lose their money and their property and their corporations and then see how they navigate the world of being poor… to really see them fall hard,” the actress told ET Canada.

Young And The Restless News: Mishael Morgan’s Baby Girl Is A Beauty – See Her New Photo!

Long-time Y&R viewers probably like this idea as well, but one of Thomas Scott’s co-stars does not.  According to Thomas Scott, Eric Braeden, who plays Victor Newman, does not agree with this idea at all. She even joked around and said not to tell him about it because “he’ll start an argument with you!”

If the downfall did happen, Nikki won’t have that much of a problem living a simple life. As fans may recall, Nikki started as an exotic dancer who didn’t have much when she met Victor.

Thomas Scott has portrayed the role since 1979 and although she feels as if she’s “lived a whole other life through Nikki” she made one thing clear, she doesn’t want to be like her at all.

On February 20, The Young and The Restless aired a special episode celebrating Thomas Scott’s 40th anniversary on the show.

The episode highlighted vintage clips of Nikki, with some that originally aired during the ‘70s, ‘80s, and ‘90s. The stand-alone episode was CBS’ way of honoring the legendary actress and her impeccable performance as Nikki Newman.

Days Of Our Lives Spoilers: Sarah Livid When She Hears About Brady’s Ultimatum To Eric