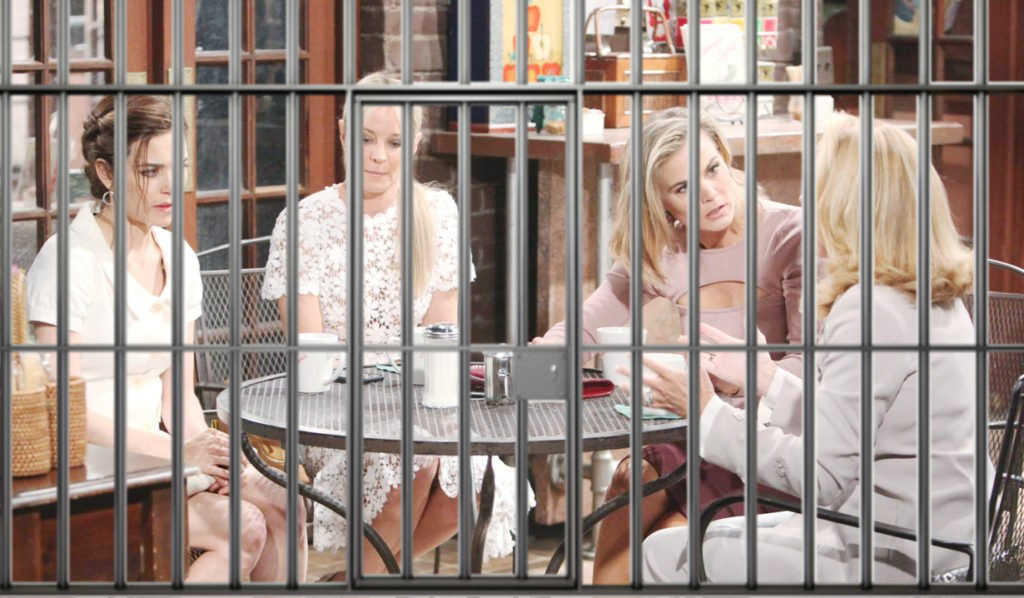 Events are going to be a bit more interesting in “Young and the Restless” in the coming weeks. A leaked script reveals that Phyllis Summers (Gina Tognoni) is going to be arrested, along with Nikki Newman, (Melody Thomas Scott) Sharon Newman, (Sharon Case) and Victoria Newman. (Amelia Heinle)

The leaked script was posted on Twitter, showing the outline of the upcoming events, with Rey Rosales (Jordi Vilasuso) interrogating the cover-up gang. Will the JT murder case finally go down?

The leak also shows the Phyllis’ mugshot is taken and that there’s a change of wardrobe for her. These suggest that she might be taken into custody or in a jailhouse. Of course, she is not going to let the other girls get away and be the only to suffer, so it’s possible that after her arrest, she would drag their names. The script shows there’s going to be several interrogation scenes for Rey.

Meanwhile, how would this play out for Rey and Sharon? The two have seen some chemistry, but when Rey learns that Sharon is involved in the murder case, it would surely not sit well to Rey. What’s more, Sharon knows Rey is chasing the wrong guy, Victor Newman. (Eric Braeden) He would think that he looked stupid in Sharon’s eyes.

“Young and the Restless” spoilers tease that the JT murder case would soon wrap up and fans can expect some twists along the way. The cops have not found JT’s body yet, and we are still wondering who dug up his grave and who has been tormenting the Newmans. Whoever she or he is, he or she surely has a huge grudge against the family that he or she has found ways to use JT’s death to seek revenge.

Young and the Restless Weekly Spoilers January 28 to Feb 1: Summer Back And Ready For Trouble – Victor’s Ultimatum – Phyllis Worried

Spoilers for the February sweep also teased that there will be lots of desperation and danger. Victor will try to protect Nikki and the rest of his family while Nick Newman (Joshua Morrow) will reevaluate his relationships with Sharon and Phyllis now that he knows the truth about the cover-up gang. Stay tuned for more updates!

General Hospital Spoilers: Julian And Alexis Getting Back Together, Julexis Back On?