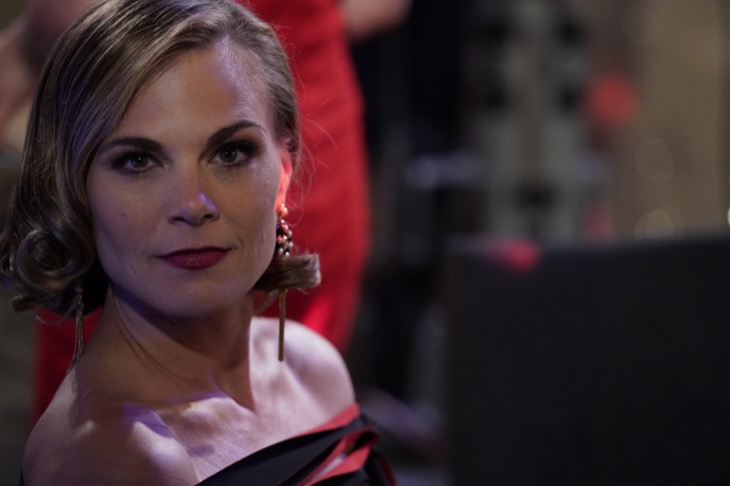 “Young and the Restless” star Gina Tognoni (Phyllis Summers) hasn’t even left the studio yet, and everyone already misses her! The beautiful brunette confirmed on twitter that she will be leaving Genoa City. General Hospital star and former Y&R Phyllis, Michelle Stafford will be replacing her as the new Phyllis in town.

After reports indicated that Tognoni would be leaving, the actress shared a heartfelt message to her fans on social media. She wrote on her Twitter account, “Five years ago, I was blessed to embrace the incredible character of Phyllis Summers Abbott. I am beyond grateful for the creative experience that The Young and the Restless has given to me as well as the amazing relationships I made with the cast, crew, staff, producers, and writers.”

Tognoni also made it pretty clear that she is going to miss every single person that she’s worked with and made memories with these last several years. She added, “I love my Genoa City family, which made it easy to give my 110 percent every day. My long commutes always went smoothly because I loved where I worked and the people I worked with! My thanks to Sony Pictures Television and CBS and a special thank you to The Young and the Restless viewers for their love and support. I was Y&R continued success and everything it richly deserves.”

Meanwhile, fans are outraged that Gina has been let go from the role.  Many fans felt Gina made the character of Phyllis her own and brought a new depth to her.  Fans took to twitter sharing their outrage at the casting switch.  At the same time, General Hospital fans are not pleased that they will be losing Michelle.  Her GH character is in the middle of a major storyline.

It’s without a doubt that Gina Tognoni’s fans are definitely going to miss seeing her in action on daytime television. After all, she certainly made sure that her character Phyllis was a force to be reckoned with. How do you feel about the casting change?

No news yet from CBS or ABC on when Gina is leaving the role or when Michelle is stepping in.  Stay tuned to Soap Opera Spy for more updates on this story.

And as always, come back to Soap Opera Spy for all the latest news, updates and spoilers on The Young and the Restless right here.