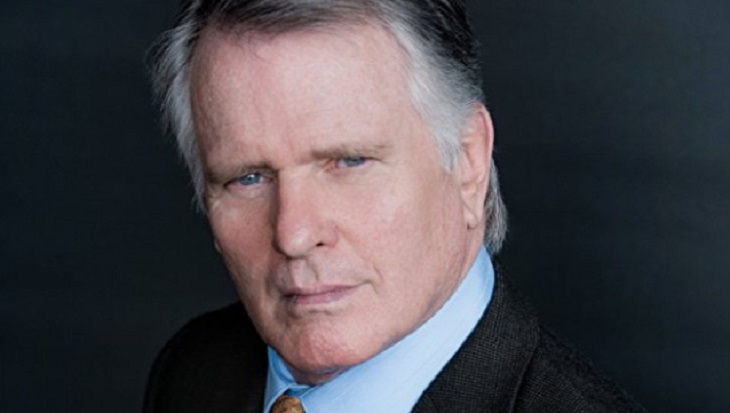 Gordon Thomson, known for his role as Adam Carrington on “Dynasty,” landed a role on “The Young and the Restless” as Daryl Tulane. On July 29, Thomson is set to debut his character who is connected to Chelsea Lawson (Melissa Claire Egan) and her mother, Anita (Catherine Back). The actor teased that his alter-ego, who’s from Baton Rouge, will stir a lot of trouble once he hits the canvas later this month.

This is not Thomson’s first foray into daytime soaps. He appeared as Aristotle Benedict White on “Ryan’s Hope” back in 1981. He also played Adam Carrington on “Dynasty” from 1982 to 1989. He landed a gig on “Santa Barbara” asknown for his role as Adam Carrington on “Dynasty,”  “Passions” as FBI Agent Hal Freeman in 2000. He even had a stint on “Days of Our Lives” back in 2009. For those who have been watching “The Young and the Restless” since the 1990s, they may recall that Thomson played the character Patrick Baker. He shared scenes with Christian LeBlanc and Lauralee Bell.

Despite his long list of acting credits on daytime soaps, Thomson shared that he had to audition for his role in “Days of Our Lives.” Around 20 to 30 other actors auditioned for the role and Thomson described it as “a wonderful collection on actors.” He added, “I don’t know if anybody is offered anything anymore. I think everybody truly auditions these days.”

Young and the Restless #YR Spoilers: Chelsea Taking It Slow With Nick – Chick Reunion Not Happening After All? @celebratesoaps https://t.co/Yd8JWaYnmp

However, he admitted that his long history in soap operas has definitely helped him get the role. “I think my past work helped, because the network and the show used my background on Dynasty and other soaps to sort of advertise my presence, which is very nice of them,” he noted. “It also shows me how lucky I am to look back at decades of my life professionally, and see what a very satisfying and lucky time I had,” he continued.

Thomson’s character is slated to appear on three episodes only, but he hopes to be given a chance to stay longer. “I hope Daryl returns. I’ve gotten my feet a little wet and I’d like to come back and do it again,” Thomson said.

The Bold and the Beautiful Spoilers: Will Hope and Liam Reunite Following Baby Reveal?

Young And The Restless Spoilers: Kyle’s Past Concerns Lola – Kola Wedding In Jeopardy?