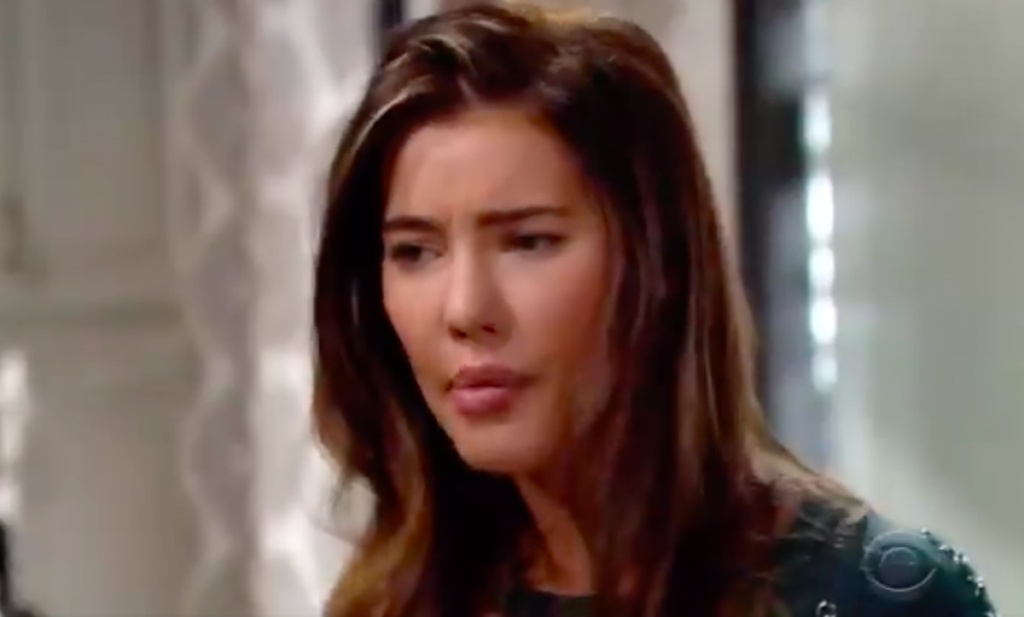 They are both beautiful and they are both certainly bold enough to speak what is on their mind. As a matter of fact, that’s exactly what fans will see them do this week as The Bold and the Beautiful spoilers tease that Steffy Forrester (Jacqueline MacInnes Wood) will take matters into her own hands and confront Hope Logan (Annika Noelle) about her quest to take Douglas Forrester (Henry Samiri) away from his father, the deranged and dangerous Thomas Forrester (Matthew Atkinson). Read on for all the latest spoilers.

‘The Bold and the Beautiful’ Spoilers: Liam Right To Be Upset – Hope’s Latest Choice Highly Risky

The Bold and the Beautiful Spoilers: Steffy And Hope Battle It Out

While fans will remember that these two women already had one confrontation several months ago, this time it’s different. Before it was about their daughters Kelly and Phoebe. Now it’s about Douglas, with Steffy looking to do what’s right for her brother, even though that might not be very easy.

Jacqueline MacInnes Wood, who plays Steffy on the hit CBS soap, puts it this way to Soaps in Depth in an interview, “This is different because while Steffy is protective of her brother, she’s also been hurt by him. So, there is a dance. Steffy is trying to forgive Thomas for the hurtful things he has done. She may not be quite there yet, but she wants her family to heal. She’s the kind of woman who’s like, she can say whatever she wants about Thomas but if anybody else does, then there’s an issue.”

The Bold and the Beautiful Spoilers: Brooke Issues An Ultimatum https://t.co/0RS6MlVItE pic.twitter.com/E0UQIxb45P

What’s more, it looks like Steffy makes no bones about Hope’s deception. Let’s not forget that Hope nearly killed him yet for an entire week she didn’t say a word, even though Thomas was missing. She also didn’t call 911 and she certainly didn’t tell anyone in the Forrester family. So that’s why Steffy is going to tell her exactly what’s on her mind and let’s just say that it won’t be pretty. Plus, whenever Hope is squirming, Steffy kind of enjoys it. As much as these two women are trying to do what’s best for their extended family, they are still bitter love rivals to the core!

Of course, fans will have to tune in to The Bold and the Beautiful to find out what will happen next!