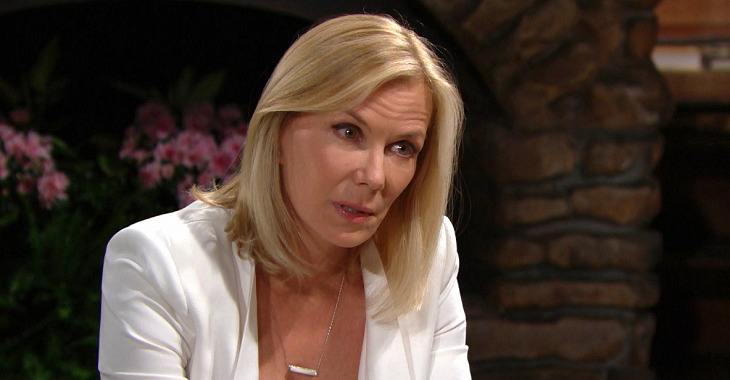 It begins at the cliffhouse, where Steffy and Liam are hanging out with their daughters. Liam admits that things haven’t been right for him ever since Hope pulled the plug on their marriage. Bill and Katie surprise them with Liam mentioning how nice it is to see the two of them together.

The Bold And The Beautiful Spoilers, Tuesday, June 18: Hope Will Be Taken Aback- Wyatt & Liam Organize A Get- Together

Bill says the same thing. Bill also admits that he might have been the reason why Steffy and Liam broke up to begin with. Bill says that he’s focused now on putting his family back together and likes it that Liam and Steffy are doing the same. Steffy, meanwhile, tells Bill that Liam isn’t himself.

Katie, meanwhile, admits that Hope’s decision makes sense to her. Bill then makes a comment about how wonderful it is to see everyone together. Both Bill and Liam embrace, while Steffy can’t help but get a little emotional about it.

At Brooke’s house, Thomas thinks back at how he deleted a photo of Phoebe from Hope’s phone. Ridge Forrester (Thorsten Kaye) appears. He wants to know what his son is daydreaming about. Thomas admits that he constantly has Hope in his head and that he hopes to take the next step in their relationship together.

Today on #BoldandBeautiful, Xander pushes Zoe to do the right thing for everyone involved and tell Hope the truth about what happened on Catalina Island. pic.twitter.com/vyBOSHKle1

Thomas then makes a comment that he feels as though he’s destined to be with Hope the same way his father is with Brooke. Ridge counters that destiny doesn’t work that way and that once you try and claim it, it’s gone. Thomas then thinks about Hope and how he would like to propose to her. In his dreams, Hope accepts and they kiss.

At Forrester Creations, Hope can’t wonder what happened to the photo that Liam sent of Phoebe. Brooke still can’t believe that Hope made the decision that she did. Hope says that she hasn’t been having a very good day, yet Brooke keeps on pressing her about Liam and Thomas.

Hope mentions how sweet it is to get flowers and notes from Douglas Forrester (Henry Joseph Samiri) but Brooke says they don’t sound like impulses from a child. She tells Hope to be cautious of Thomas.

At the studio, Zoe and Xander are making out. They talk about Thomas and Hope, and the threat that Thomas made against them. At that same moment, Emma appears. She denies eavesdropping on them, but that doesn’t stop Zoe from worrying that she might have heard too much.

We have a very eventful week heading our way, so make sure to stay tuned to CBS “The Bold and the Beautiful.” Don’t forget to check often with Soap Opera Spy for all your latest spoilers, news, updates, and much more!