The Bold and the Beautiful Heather Tom Announces Her Latest Gig 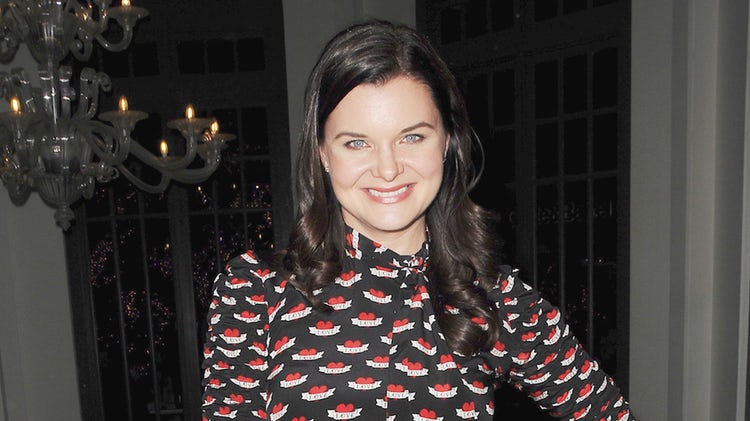 Also known as Katie Logan on “The Bold and the Beautiful” has another passion aside from acting. The actress is exploring the other side of the industry as a director. She recently announced her latest gig as a director of “Good Trouble,” which is helmed by Joanna Johnson, who also a former cast member of the soap.

“First day of shooting tomorrow!!! This episode is insane! Everyone @goodtroubletv has been amazing- I’m so grateful to be here! Almost time to play! #director,” she said.

It didn’t take long for her people in the industry to start sending her their good wishes and congratulations after the news of her new gig was released. Among them was former executive vice-president of CBS Daytime, Angelica McDaniel.

Tom will direct an episode of “Good Trouble” that’s called “Palentine’s Day.” The episode, which is produced by Jennifer Lopez, doesn’t have an airdate yet but it is set to be episode 15 of the show’s second season.

The Bold and The Beautiful Spoilers

Katie’s surgery will be successful thanks to the anonymous donor who gave her a new kidney. As expected, she asks who her donor is and gets shocked to learn that it’s Flo Fulton (Katrina Bowden).

Viewers may recall that Flo has an immunity deal, which prevented her from going to jail. But she’s still guilt-stricken at what she’s done. So, when she learns about Katie’s condition, and she’s a perfect match, she immediately offered her kidney, provided that as a donor, she remains anonymous.

When Shauna Fulton (Denise Richards) learns about Flo’s plan, she’s shocked not because she donated a kidney but because she won’t use it as leverage to regain the Logan’s trust once more.

First day of shooting tomorrow!!! This episode is insane! Everyone goodtroubletv has been amazing- I’m so grateful to be here! Almost time to play! #director #goodtrouble goodtroublefreeformtv freeform #directorlife https://t.co/BKsrfLplUc

B&B Spoilers – Will Flo Be Forgiven For Saving Katie’s Life?

Flo’s actions will make her feel a bit redeemed after all the trouble she’s caused. She may have helped Katie but it’s not a guarantee that the rest of the group or even Katie would just forgive her. Her help will be appreciated but it would take a lot of convincing for people to forgive her for her months of lies and deception. Viewers have to tune in to find out what happens next after Katie discovers that it was Flo who saved her life.

Days of Our Lives Spoilers: Jordan Reaches Out To Kristen – Deadly Alliance Ahead