The Bold and The Beautiful Darin Brooks And Kelly Kruger Share Special News About Their Baby! 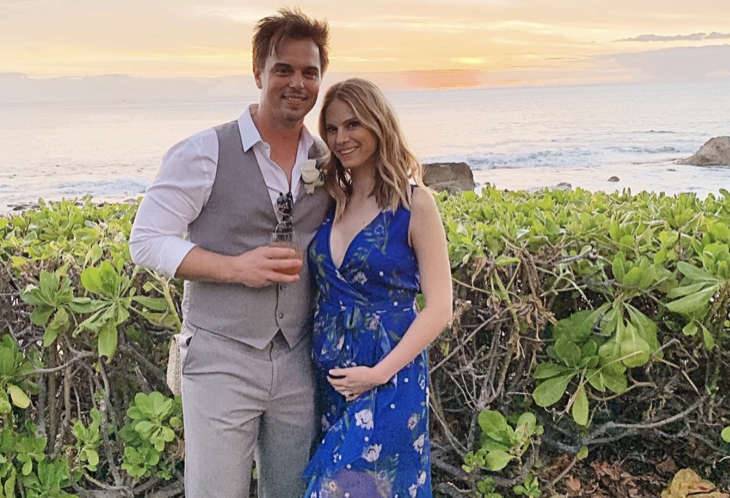 The Bold and the Beautiful star Darin Brooks (Wyatt Spencer) and his wife, The Young and the Restless star Kelly Kruger (Mackenzie Browning) have just shared some very exciting news with their fans! Not only are they getting ready to be first time parents, but now they’ve just revealed even more news about their future bundle of joy. Here’s what you need to know.

Apparently, the daytime television couple just had a special reveal party with their closest friends and family. One guest at the party shared a photo of Kelly cradling her baby bump with Darin’s The Bold and the Beautiful co-star Katherine Kelly Lang right next to her. The guest captioned her photo with, “Darin and Kelly are expecting a baby girl.”

So that means Darin and Kelly will be seeing a lot of pink in the coming months. How exciting! A lot of social media followers commented on the photo with, “This is such great news. They are going to be fantastic parents,” along with, “A baby girl! I am so excited for them. I can’t wait to see Darin in dad mode.”

Omg! It’s a GIRL💖💖💖 A huge congrats to Kelly and Darin !! I am so excited for you both! Having fun at their gender reveal party! #genderreveal #itsagirl 🎉🎉🎉💃💃💃 Darin’s expression is cracking me up! 🤣

Another fan wrote, “Congratulations to Darin and Kelly on this very exciting time in their lives. Being a parent is so rewarding. I wish them nothing the best as they embark on this very wonderful journey.”

So far Darin and Kelly themselves have not said anything about their baby sex reveal party, however, they have been sharing baby bump updates on their social media accounts for their fans. It’s without a doubt that both Darin and Kelly are very excited to become parents!

Darin and Kelly tied the knot back in 2016 in Hawaii but met five years earlier on the set of Blue Mountain State. Ever since then, they’ve been a couple in love who are not very excited to start the next chapter in their lives. Along with her work on The Young and the Restless, Kelly has also appeared on The Bold and the Beautiful as Forrester international press representative Eva.

Congratulations again to Darin and Kelly. We can’t wait to see the first photos of their little baby girl!

General Hospital Spoilers: Curtis Gets Another Lead On Ryan