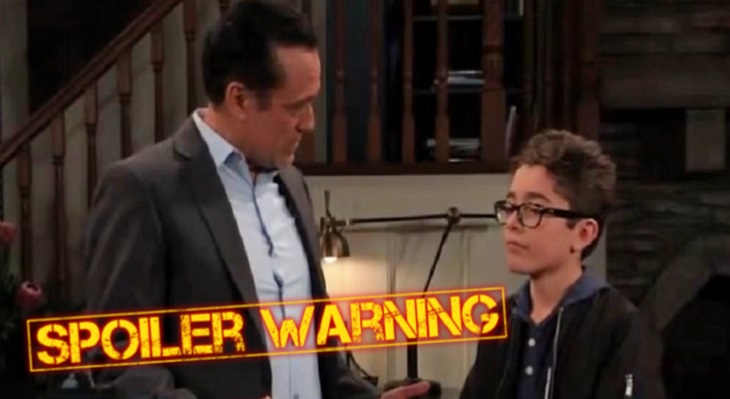 “General Hospital” spoilers for Tuesday, February 12, tease that some characters will be in Franco Baldwin’s (Roger Howarth) corner and others will turn against him completely. First, let’s talk about Drew Cain (Billy Miller). He’s come to see Franco as friend in a weird way, so he feels like he knows his heart. Deep down, Drew just won’t think Franco is capable of killing anymore.

At the police station, Drew will stop by Jordan Ashford’s (Briana Nicole Henry) office. He’ll insist that Franco couldn’t bring himself to take another person’s life. Jordan will wonder what makes Drew so sure, but he may not have a good answer for that. He’ll just want to give Jordan his gut feeling and let her decide what to do with it.

Meanwhile, it appears Cameron Webber (William Lipton) will get a bit banged up in a fight. Elizabeth Webber (Rebecca Herbst) won’t be happy about that since it could put Cam’s probation at risk, but there’ll be a bigger issue to address. “General Hospital” spoilers say Cam and Liz will spar over whether Franco is innocent or not.

Elizabeth will be convinced that Franco couldn’t have killed Kiki Jerome (Hayley Erin) or attacked Lulu Falconeri (Emme Rylan). She’ll want Cam to see things her way, but he’ll wonder if Liz could be wrong. Over with Laura Webber (Genie Francis), she’ll seem quite certain of Franco’s guilt. Laura will confront Franco in jail and insist that he’s never going to hurt anyone ever again. She intends to make sure of it!

Laura doesn’t know it yet, but there’s more drama headed her way. Spencer Cassadine (Nicolas Bechtel) will open up to Sonny Corinthos (Maurice Benard) in Tuesday’s episode. He told Sonny the truth about the election tampering, but Sonny will think it’s time for Spencer to tell Laura.

Spencer will obviously have some reservations about that, but Sonny will insist it’s the right thing to do. He’ll believe Spencer will feel better if he gets this off his chest and moves on with his life. Elsewhere, Liesl Obrecht (Kathleen Gati) will leave Sasha Gilmore (Sofia Mattsson) on edge. She’ll push to get to know each other a bit better, but Liesl already knows plenty!

Sasha isn’t really Nina Reeves’ (Michelle Stafford) biological daughter, so Liesl will have some fun with that secret. Some threats and statements with hidden meanings should come up in this chat. Next, Nina will be eager to make a huge announcement. While she’s sitting at a table with Valentin Cassadine (James Patrick Stuart) and Sasha, Nina will spread the word about her impending marriage.

Maxie West (Kirsten Storms) and Peter August (Wes Ramsey) will be on the receiving end of this news. They’ll do their best to grin and bear it, but they’ll realize Nina could be setting herself up for more heartache. GH fans know that’s true since Valentin’s deceiving Nina about Sasha.