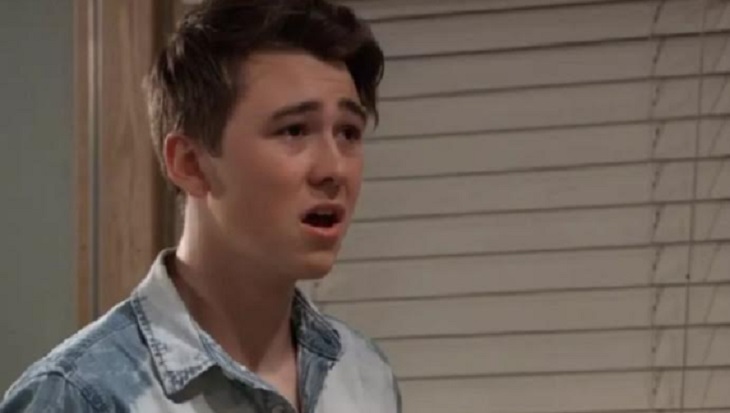 General Hospital spoilers reveal that a beloved character will soon be leaving GH. Fans know that Oscar Nero (Garren Stitt) was diagnosed with an inoperable brain tumor and has been given weeks to months to live. Oscar and his family and friends fought the news at first and looked for a miracle cure, but eventually they came to accept the fact that Oscar’s time was limited.

Fans slowly came to accept Oscar’s fate, too. But this week’s promo video put out by GH gave fans some pause. The video appears to show Oscar getting good news from his doctor, Terry Randolph (Cassandra James). Terry approaches Oscar, Drew Cain (Billy Miller), and Kim Nero (Tamara Braun) with news about his latest test results, and she seems optimistic.

This has led some fans to conclude that Oscar may in fact survive his ordeal. Specifically, the promo has led to speculation that perhaps Oscar’s brain tumor has shrunk, perhaps as a delayed reaction to the clinical trial that he participated in. It’s natural for fans to hold out hope that Oscar may survive, and to look for any indicators that his tumor may have shrunk or disappeared entirely.

That means that Kim and Drew will be faced with their son’s death, and Josslyn Jacks (Eden McCoy) will lose her first love. The drama will be gripping, as it seems that GH has made the decision to tell a difficult and honest story of tragic disease and loss. It will be sad for fans, but it will be a realistic ending to a story about childhood/teen cancer.

It appears that fans will need to accept that Oscar’s time will come to an end, just as his family and friends will need to do. We’ll all mourn right along with Kim, Drew, Josslyn, and others, as we watch the sad events unfold.