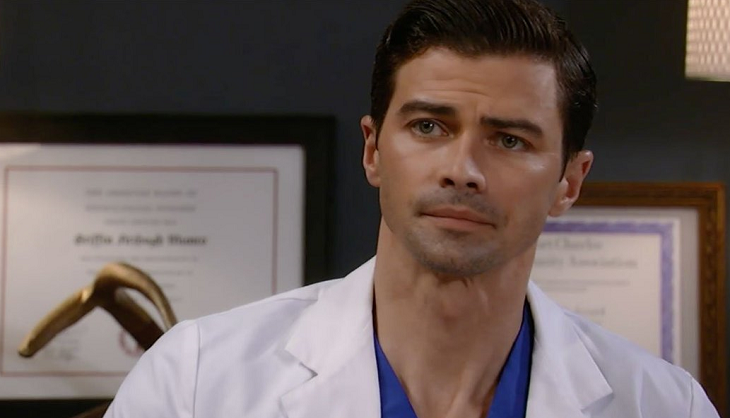 Say it isn’t so! There is new speculation that Matt Cohen might be leaving General Hospital after actor Maurice Benard hinted that his co-star might be looking to hang up his doctor’s coat in the coming weeks. This comes after Maurice shared an Instagram photo of the two General Hospital stars on his social media account.

Sharing a photo of the two men on the red carpet, Maurice applauded Matt for all of his hard work, both on and off screen. He also hinted that the handsome actor might be looking to pursue other opportunities in the entertainment industry, including directorial work.

Maurice captioned his photo with: “Is there anything better than laughter? @mattcohen4real this is truly our relationship. I’m so proud of everything you’re doing and everything you want to do #friends #mamabear#moviepremiere #director.”

Is there anything better than laughter? @mattcohen4real this is truly our relationship. I’m so proud of everything you’re doing and everything you want to do🎥 #friends #mamabear #moviepremiere #director

General Hospital – Could Dr. Munroe Be Ryan’s Next Victim?

Seeing how Ryan is on the hunt for his next murder victim on General Hospital, there’s a strong possibility that Matt’s character, Griffin Monroe, might be his next target. And if that’s the case, then it makes perfect sense for Matt to leave the show.

But then again, Ryan has quite a few victims in mind. If it’s not Griffin that he’s looking to kill, it might be Ava, Carly, or even Laura Spencer. Needless to say, fans will find out soon enough.

So far Matt Cohen himself hasn’t made any comments about his future in daytime television. Either way, his fans will always support him, no matter what he does or where he goes for that matter.

General Hospital airs weekdays on the ABC network. You will have to check your local listings for times. In the meantime, let us know what you think by leaving us a line with your thoughts in our comments section below. And as always, come back to Soap Opera Spy for all the latest news, updates and spoilers on General Hospital and your favorite soaps right here!