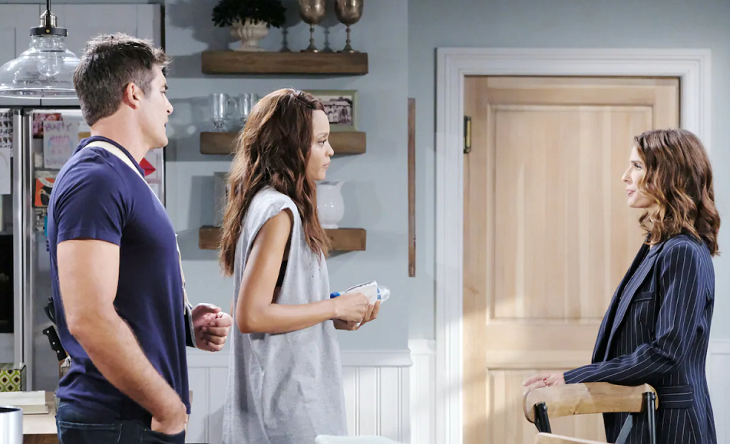 “Days of Our Lives” spoilers for Tuesday, April 23, tease that Jack Deveraux (Matthew Ashford) and Eve Donovan (Kassie DePaiva) will be thrilled over their latest poll numbers.

They’ll definitely think a victory is within reach, but they can’t let overconfidence set them up for failure. Eve and Jack will still need something to keep the momentum going as they prepare for the election.

It turns out Jack may find his next advantage when he spots Abe Carver’s (James Reynolds) close moment with Sheila Watkins (Tionne “T-Boz Watkins). “Days” spoilers say they’ll be discussing their almost kiss, so things will look awfully intense. Jack will sense the potential for a brewing scandal, which could mean disaster for Abe.

Days Of Our Lives Spoilers – Chloe Lane Presents A Problem

Over with Stefan DiMera (Brandon Barash) and Gabi Hernandez (Camila Banus), they’ll go for another round the morning after their first hookup. Later, Chloe Lane’s (Nadia Bjorlin) curiosity will present a problem.

Hey #DOOL fans,
It looks like Nicole will show up at Eric door first. How will he react? Find out right here ⬇️⬇️⬇️⬇️⬇️⬇️https://t.co/AYUN1yAvrt

Stefan will view what happened with Gabi as lust and lust alone, so he’ll want to keep moving forward with Chloe. However, keeping his latest sex sessions under wraps will be difficult.

“Days of Our Lives” spoilers say Chloe will find a button off Gabi’s blouse soon. That’s sure to bring some grilling that Stefan didn’t expect. In the meantime, Brady Black (Eric Martsolf) will face a shocker. It seems the news of Kate Roberts’ (Lauren Koslow) return will make it back to him, so he won’t be happy about it.

Days Of Our Lives Spoilers – Brady And Victor Kiriakis Conflict

DOOL fans will see some heated conflict between Brady and Victor Kiriakis (John Aniston) later this week. Of course, Victor will stand his ground and ignore Brady’s criticism. When it comes to business, Victor believes he always knows best.

Other “Days of Our Lives” spoilers Hope Hernandez (Kristian Alfonso) will get a big surprise. When she drops by to check on Rafe Hernandez (Galen Gering) and fill him in on what happened with Ciara Brady (Victoria Konefal), Lani Price (Sal Stowers) will still be there. She’ll even be wearing Rafe’s T-shirt since she spent the night and had nothing else to wear.

Hope will wonder what’s going on, but Lani will explain that she was just pitching in with David. Rafe’s down to one arm at the moment, so Lani was glad to offer an extra hand. Nevertheless, Hope should battle some worries and maybe even a little jealousy. “Rope’s” issues are getting worse, so they need to address them ASAP. 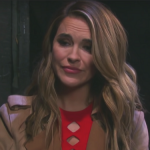 Another great episode is coming up on the NBC soap. We’ll give you updates as other “Days” details and rumors emerge. Stick with DOOL and don’t forget to check Soap Opera Spy often for the latest “Days of Our Lives” spoilers, rumors, updates and news.