Days of Our Lives Spoilers Thursday, May 16: Jack’s Big Victory – Hope Gets Fired – Haley And JJ Are On The Run 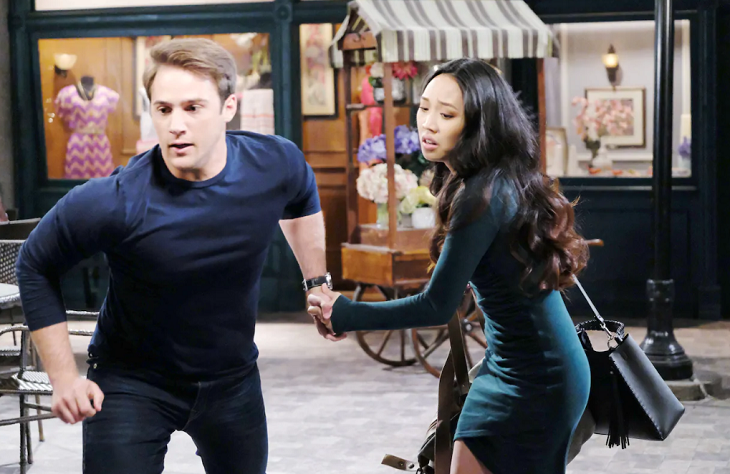 “Days of Our Lives” spoilers for Thursday, May 16, tease that Salem’s new mayor will show off his power. Jack Deveraux (Matthew Ashford) will be declared the winner, so he’ll happily start making changes around town.

One of the first will involve Hope Hernandez’s role at the Salem PD. She’ll be fired from the police commissioner position, so that’ll definitely make a bold statement.

Next, “Days” spoilers say Ted Laurent (Gilles Marini) will decide to leave on his own. He’ll want to support Hope, especially since he only took the DA job to get close to her. Ted will insist that someone else will have to serve as the district attorney. He’ll refuse to get behind Jack when Hope’s being treated this way.

Days Of Our Lives Spoilers – Haley Chen To Be Deported

Over with Melinda Trask (Laura Kai Chen), she’ll have a chance to explain her shocker. Melinda just revealed that Haley Chen (Thia Megia) is her daughter, so Haley’s going to have some questions. 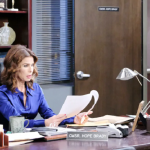 Unfortunately, Melinda won’t have much time to answer them. “Days of Our Lives” spoilers say ICE will deport Haley right on schedule, so that’ll leave Melinda distraught.

While Haley wraps her her head around Melinda’s bombshell and explanation, JJ Deveraux (Casey Moss) will take action. He’ll swoop in and sneak Haley away from the ICE agents assigned to her. “Days” spoilers state that they’ll go on the run together, so this should bring quite a DOOL adventure!

Next, Claire Brady (Olivia Rose Keegan) will be in desperate need of comfort. She’ll be surprised when she gets it from Ciara Brady (Victoria Konefal), but she’ll definitely be grateful.

Tripp Dalton (Lucas Adams) was furious when he scored an admission from Claire. He can’t believe she would trash Haley’s life like this, so he insisted they were done for good.

Ciara will do her best to console Claire while Dr. Kayla Johnson (Mary Beth Evans) offers a different point of view. She’ll defend Claire somewhat, so maybe Tripp will be on the receiving end of advice.

Kayla may urge Tripp to settle down and understand that Claire needs professional help, not his raging attack. Claire has been under plenty of pressure, so it sounds like Kayla will cut her some slack.

Bold And The Beautiful Spoilers Thursday, May 16: Donna, Justin, And Brooke Panic – Katie Spies On Shauna And Bill

General Hospital Spoilers & Recap Wednesday, May 15: Carly Has A Baby Scare – Laura And Curtis Under Attack