Days of Our Lives Spoilers: Steve Returns In Time For A Huge Reunion, Jack Finally Gets His Memories Back 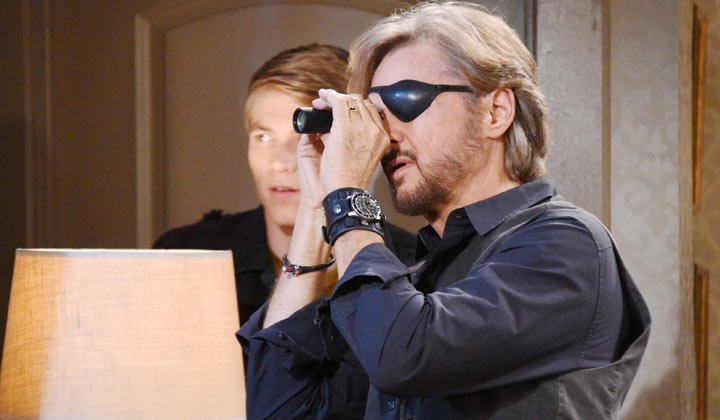 Days of Our Lives (DOOL) teasers indicate that a long estranged family is about to reunite in a big way! The Johnson siblings, Steve (Stephen Nichols), Jack (Matthew Ashford) and Adrienne (Judi Evans) have been apart for several years now, but with Steve returning to town in the near future, it should be sooner rather than later that this family should come together as if no time had passed.

Adrienne hasn’t been seen much lately, but she is still in Salem with her husband, Justin (Wally Kurth) She runs the Spectator with Jennifer (Missy Reeves) and she has also been seen trying to help Jenn deal with Jack’s return from the dead and his subsequent memory loss. So while Adrienne and Jack are in the same city, up until now, Jack has had no memories of his beloved sister.

Days Of Our Lives Spoilers Tuesday, October 1: Rafe Has A Warning – Kristen Has Big News – Vivian Needs A Favor – Xander Gives Nicole What She Wants

Before turning up very much alive on New Year’s Eve, Jack had been thought dead for several years. So although his return was nothing short of miraculous, his amnesia has kept him from bonding with anyone from his past, including Adrienne. The two of them have had a strained relationship at best since his return, but now, with his memory restored, look for Jack and Adrienne to finally bond! That just leaves Steve.

Steve was forced to leave town over a year ago, having to deal with being falsely accused of treason. And after that, Steve has chosen to stay away from Salem, most likely to deal with his feelings about Kayla (Mary Beth Evans). Steve is aware that Jack is back, though. And once he hears that Jack has his memory back, Steve won’t be able to stay away much longer. Once he returns, the Johnson family will be all back in one place.

This family has been through the wringer, so it will be nice to see them all together and on the same page. Expect some emotional scenes between this family as they make their way back to each other for the first time in years. Surely, in the upcoming months not everything will be perfect but with all three of them in each other’s corner, there is nothing they won’t be able to overcome together.

Days of Our Lives Spoilers – Excited?

Are you excited to finally see the Johnson family reunited soon? Some huge moments are coming up in Salem and you can catch them every weekday by tuning in to Days of Our Lives, weekdays on NBC!

General Hospital Spoilers: Hayden and Finn Reunion In The Works – New Bond Over Their Baby?

The Young and the Restless Spoilers: Cane Gets Devon’s Fortune – Katherine’s Bequest Upended