Days Of Our Lives Spoilers & Recap Thursday, May 23: Maggie Falls Off The Wagon – Victor Questions Nicole 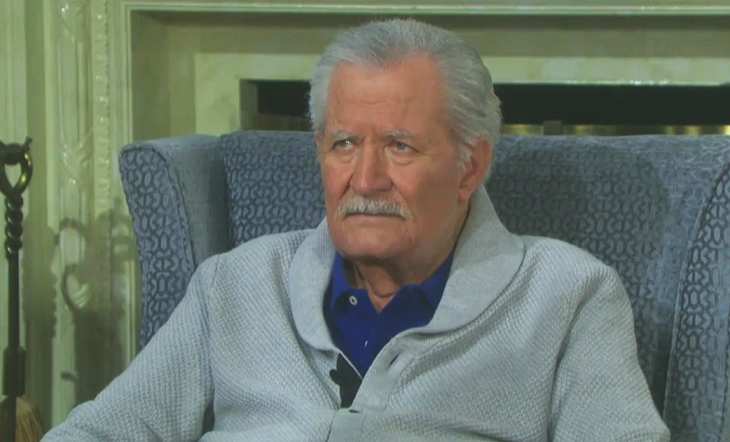 Rex Brady (Kyle Lowder) is with Sarah and Eric. Eric defends Nicole leaning on Brady Black (Eric Martsolf). Eric and Sarah arrive home, and he tells Sarah that Nicole hates him. Sarah tries to encourage Eric, but he doesn’t know how to live with this. Sarah and Eric kiss.

Days of Our Lives Chloe Lane (Nadia Bjorlin) goes to see Maggie Kiriakis (Suzanne Rogers) and is met at the door by Brady. Brady tells Chloe he’s going to talk to Nicole on Eric’s behalf. Maggie finds a note from Victor Kiriakis (John Aniston) that has gone on an errand and will meet her at the church. Chloe returns the necklace that Maggie had given Holly. Maggie rides with Chloe to the funeral. Maggie rants at Victor and Kate before leaving. She arrives home and looks at Holly’s necklace before pouring herself a glass of vodka.

Days Of Our Lives Spoilers – Kate Roberts Agrees To Help

Days of Our Lives Kate Roberts (Lauren Koslow) tells Victor about seeing Xander Cook (Paul Telfer) with Nicole at the Salem Inn. Kate tells Victor that Nicole and Xander seemed to be agreeing to a deal instead of at each other’s throats. Gabi Hernandez (Camila Banus) approaches Kate about bringing down Stefan Dimera (Brandon Barash). She apologizes to Kate for blackmailing her. Gabi wants to be friends with Kate again. Gabi tells Kate she wants her to come to visit her granddaughter and tells her she misses their old relationship. She tells Kate about her plan and how she needs Chloe out of the way. Gabi has a plan but needs help to pull it off.

Days of Our Lives Xander stops by to see Nicole and finds her drinking and dressed in red. Xander tells Nicole she can’t wear that to a funeral and orders her to change. Brady arrives while Xander is there. Nicole tells Xander to hide and put a robe on over her dress. Nicole pretends to be upset, and Brady hugs her. He questions Nicole’s drinking; she says she needed something for her nerves.

Brady talks to Nicole, who agrees to let Eric come to the funeral as long as he stays away from her. Brady wants Nicole to forgive Eric, she refuses. He smells Xander’s cologne and asks if someone is there. Nicole claims the bellboy had on the cologne he smells. Nicole orders Xander to go to the hospital report and fix the autopsy report. Xander gets into the morgue and gets Holly’s autopsy report. Xander changes the results in the computer is caught by Rex before he can get out of the lab. Rex realizes that Xander has Holly’s file and asks why.

Days Of Our Lives Spoilers – Doug And Julie Williams Celebrate

Days of Our Lives Doug Williams (Bill Hayes) and Julie Williams (Susan Seaforth Hayes) decide to celebrate their anniversary before the funeral party arrives later. Doug has gotten Julie a silver jewelry box that reminds them of Switzerland. Doug asks about his gift. Julie was waiting until after dinner. Julie thanks Doug for their time together. Doug plays music and asks Julie to dance. 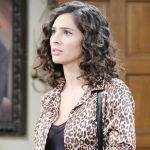 Days of Our Lives Gabi arrives at the Dimera mansion and offers to bring Ari Horton (Harper and Sydnee Udell) by to play with Parker Jonas (Christian Ganiere) during the funeral. Stefan can’t believe that Gabi seems to have a heart when it comes to Parker. Gabi calls Stefan and claims there is a problem at the house; she doesn’t know how to calm Parker down.

Stefan tells her he is headed home right now. Chloe comes up behind Stefan who pretends it was a business call and leaves. Gabi is half dressed when Stefan arrives and pretends to have spilled something on her clothes. Stefan tries to leave to go to Chloe, Gabi tries to get him back in bed. Stefan pulls Gabi into his arms, and they fall on the bed together.

Days Of Our Lives Spoilers – Nicole Walker Blows Up

Days of Our Lives Eric speaks to Nicole who blows up at him. Sarah tries to defend Eric, which makes matters worse. Nicole tells Brady she’s sorry for going off. Nicole thinks Brady for getting Xander out of her life, Victor questions why she and Xander were so chummy last night. Brady asks Victor is he thinks this is the time and place for this conversation.

Victor tells Nicole that Kate told him about the encounter with Xander. Nicole says Xander tried to kiss her and she agreed to a handshake. Maggie is upset that Victor met with Kate. Nicole goes off because Maggie tries to defend her.

Days of Our Lives #DOOL Spoilers: The Jig Is Up, Stefan DiMera! @celebratesoaps https://t.co/5MNwTZeuk1

Nicole wants Brady to take her home. Kate claims to have not meant to upset Maggie. Kate tells Chloe that Parker is upset and thought she needed to know. Meanwhile, Nicole and Brady kiss.

Young And The Restless Spoilers & Recap Thursday, May 23: Jack And Traci Agree To Move Dina To A Facility – Abby Asks Nate Out