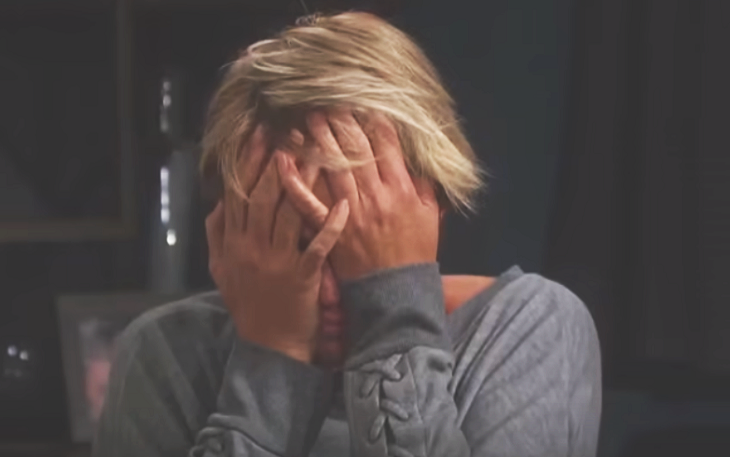 Days of Our Lives (DOOL) spoilers tease that Nicole Walker (Arianne Zucker) will soon receive some horrible news. She’s back in Salem and is anxious to see her daughter, Holly Jonas (Harlow and Scarlett Mallory).

But first she’ll have a tender reunion with her true love, Eric Brady (Greg Vaughan). The two will be thrilled to see each other again, and they’ll make a plan to reunite Nicole with her daughter.

But before they can do that, they’ll get some awful news. Sarah Horton (Linsey Godfrey) will bust up Eric and Nicole’s reunion with the news that Holly has been kidnapped. As DOOL viewers know, Holly was taken from the DiMera mansion by a masked man while Chloe Lane (Nadia Bjorlin) and Stefan DiMera (Brandon Barash) were busy on their date.

Days Of Our Lives Spoilers – Nicole Walker Is Horrified

Nicole will be horrified to learn that her daughter is missing, and a full-scale search will get underway for the little girl. As it turns out, Ted Laurent (Gilles Marini) and Xander Cook (Paul Telfer) will be behind the kidnapping. It’s unclear at this point exactly why they want possession of Holly, but they’ll be determined to keep her hidden from her mother and those who love her.

Finding out that her daughter has been kidnapped will be devastating for Nicole, but it looks like things are only going to get worse from there. Days of Our Lives spoilers say that the Salem PD will get involved. Hope Hernandez (Kristian Alfonso) and Rafe Hernandez (Galen Gering) will be on the case. That should mean that everything will eventually be OK, but in this case, things are going to go horribly wrong.

Days of Our Lives spoilers indicate that a tragic accident will occur involving Holly. It’s certainly sounds like this will be a car accident, and that the vehicle carrying Holly – perhaps driven by her abductors or someone working for them – will crash.

Days Of Our Lives Spoilers – Will A Tragedy Occur?

In addition, DOOL spoilers indicate that this will all transpire after some shoddy police work. Rafe will reportedly disobey a direct order from Hope. This will cause or contribute to the accident in some way. Perhaps Rafe will be chasing the car carrying Holly.

Exactly what transpires remains to be seen. But it’s certainly looking like Holly could be killed or seriously injured in the accident. Whatever happens, it will devastate Nicole, who only wanted to come back to Salem and find her daughter, who she’s been separated from for months.

At any rate, it looks like we’re in for some sad scenes coming up, and Nicole will have to deal with a terrible tragedy. What do you think will happen to Holly?

General Hospital Spoilers: The Race Is On To Save Kristina