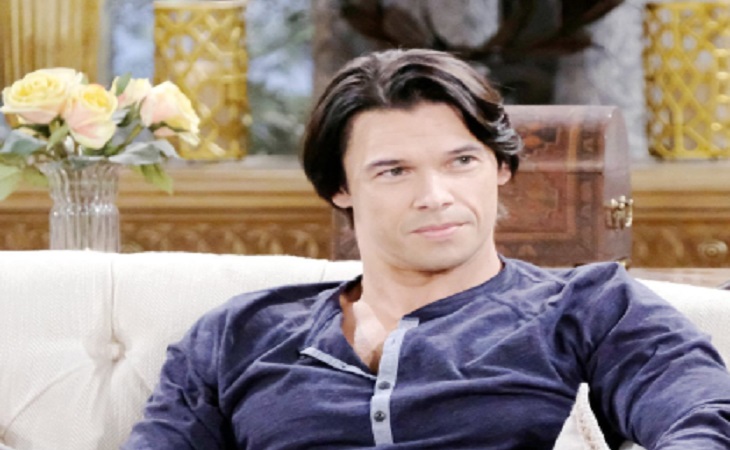 “Days of Our Lives” spoilers for Monday, January 7, tease that Eve Donovan (Kassie DePaiva) will feel confident in her plan. She managed to quiet Jack Deveraux’s (Matthew Ashford) concerns and even ignite a little spark in the process. Jack is definitely intrigued by Eve and her twisted ways. He doesn’t have his memories, so he doesn’t know any better!

Eve will focus on taking the next step. “Days” spoilers say she’ll want to marry Jack and really pour salt in Jennifer Horton’s (Melissa Reeves) wound. Eve will hope she can enjoy a beautiful wedding and make Jack her husband ASAP. She’ll think she’s got it all worked out, but you can bet some snags will emerge soon enough.

Meanwhile, DOOL spoilers say Xander Cook (Paul Telfer) will be as smug as ever. He’s always finding new leverage he can use to his advantage. Xander scored a mysterious flash drive thanks to his alliance with Eve, so he’ll head over to the Kiriakis mansion on Monday. Victor Kiriakis (John Aniston) is in for a big surprise when Xander shows up with an offer to make.

Will Victor accept the terms of Xander’s deal? Time will tell, but Xander believes he’s hit the jackpot. Over with Stefan DiMera (Tyler Christopher), he’ll undoubtedly demand an attorney. Rafe Hernandez (Galen Gering) just arrested him on espionage charges, so Stefan will be desperate to get out of this mess.

“Days of Our Lives” spoilers state that Hope Hernandez (Kristian Alfonso) will try to exploit that desperation. She’ll urge Stefan to betray Ben Weston (Robert Scott Wilson) and help her put him behind bars. Hope may suggest she can make things easier on Stefan, but he probably won’t buy that.

Days of Our Lives Spoilers – Trouble For Ciara And Ben

Ben’s employer may not turn against him, but that doesn’t mean he won’t face problems. Hope’s recent kidnapping bomb will cause serious conflict with Ciara Brady (Victoria Konefal). “Days of Our Lives” spoilers say a fierce fight’s brewing, so Ciara and Ben will make their clashing opinions known.

Over with Dr. Kayla Evans (Mary Beth Evans), she’ll encounter Jack at the pub. They’ll have an uncomfortable conversation, which will lead to a hint about some darkness in Jack’s past. He’ll most likely be taken aback by the news that he once raped Kayla.

It looks like Jack will have a lot to process in Monday’s episode. We’ll give you updates as other “Days” details and rumors come in. Stay tuned to DOOL and don’t forget to check Soap Opera Spy often for the latest “Days of Our Lives” spoilers, rumors, updates and news.