Days of Our Lives Spoilers: Gabi Is Devastated When She Learns Of Stefan’s Prognosis – Kayla Reveals A Solution To Saving Julie’s Life 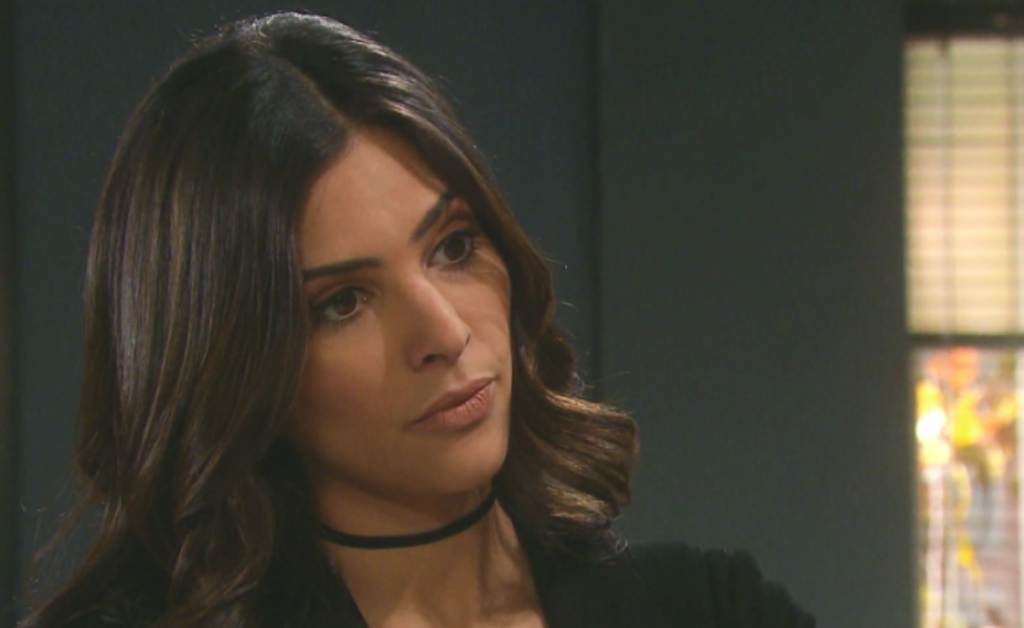 As viewers will recall, Stefan DiMera (Brandon Barash) was shot in the neck as he lunged to stop Detective Lani Price (Sal Stowers) from shooting his mother, Vivian Alamain (Robin Strasser) as she was trying to flee Salem to catch the flight out of the country that Stefan had arranged for her.

Vivian screamed in agony as she saw the blood spurting from Stefan’s neck as his wife, Gabi Hernandez DiMera (Camila Banus) waited for him in bed at home in the DiMera Mansion. Now Stefan has been rushed to Salem University Hospital, and Dr. Kayla Johnson (Mary Beth Evans) gives Gabi the horrendous news that there is no neurological activity in Stefan’s brain, meaning he is brain dead!

Days of Our Lives Weekly Spoilers October 7 to October 11: A Death For A Life, Pregnancy News, Danger & A Family Prepares for Goodbyes https://t.co/AUolZCQgI0 pic.twitter.com/S1O0T5cx4U

Meanwhile, Julie Williams (Susan Seaforth Hayes) is in dire need of a heart transplant and her only hope for one died when Kate DiMera (Lauren Koslow) came back to life thanks to a shot from Dr. Wilhelm Rolf (William Utay). Julie had convinced the love of her life, her husband Doug Williams (Bill Hayes) into granting her dying wish; so he sneaked her out of Salem University Hospital in a wheelchair to their club, Doug’s Place.

It appears that the field trip was too much for Julie, and she collapsed in the wheelchair and had to be rushed back to the hospital. Kayla tells Doug and the family that Stefan DiMera has just been brought in and he is brain dead; should she test him for a donor match? Right now Stefan seems to be their only hope for Julie, and the family agrees – question is, will Gabi?

Elsewhere, Vivian obviously escaped Lani, and is on the run, extremely distraught since she could tell her son could not make it and survive with a bullet through his neck and the carotid artery possibly severed! Eve Donovan (Kassie DePaiva) runs into the distraught Vivian and finds out the terrible news; Eve doesn’t have a lot of reasons to hang around Salem anymore either, and she will debate leaving Salem with Vivian.

Eve’s soft side may come out and she may try to comfort Vivian telling her she too lost a child, Paige Larson (True O’Brien) and that she can empathize with Vivian’s pain.

The Bold and the Beautiful Spoilers: Manipulative Shauna Makes Her Move – Ridge Falls For Sexy Blonde!

General Hospital Spoilers: Carly Insists On Hearing All The Details