Days of Our Lives Spoilers: Eli Drags Sonny And Will Into Police Station For Questioning 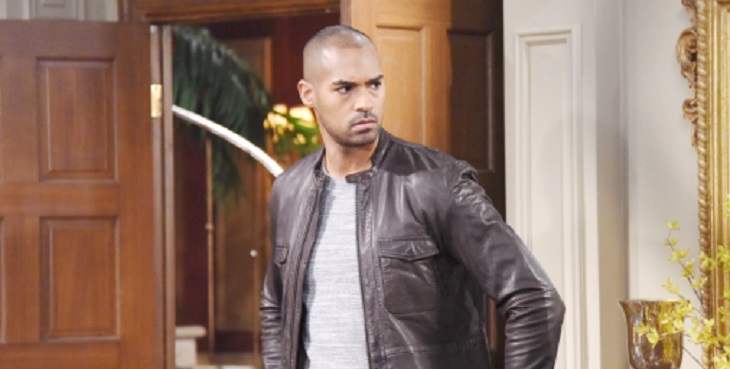 Days of Our Lives spoilers tease that Eli Grant (Lamon Archey) will bring Sonny Kiriakis (Freddie Smith) in for questioning, more than likely because Leo Starke (Greg Rikaart) turned them in for his attempted murder with his flimsy cellphone photo evidence showing him rolled up in a rug unconscious.

That was Leo’s only leverage he had over Sonny and Will (that we know of) so what else could Leo have convinced police to arrest them over? Surely Leo wouldn’t give up the only thing allowing him to stay in the Kiriakis mansion; with Sonny in jail, he’d get evicted quickly by Victor (John Aniston)!

There was, however a possible photo leak of a scene showing Gabi Hernandez (Camila Banus) with Leo tied to his bed, naked, with a pillow covering the family jewels and she’s pointing scissors at him! The photo also could have been something scanned from a magazine and the scene hasn’t been shown yet. 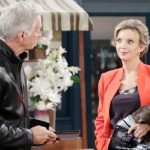 Regardless, it somehow was captured and put on the internet and discussed on two different fan boards of two different reputable soap sites.

The scene was not shown the day Gabi distracted him so Will and Sonny could spend Valentine’s Day together, but it was obviously filmed. Maybe this is a nightmare Leo has after the fact and that’s what he’s accused them of, but there are no spoilers saying Gabi’s arrested for her part in it, although that’s always possible too.

It could also be a scene that hasn’t aired yet, and shows Leo’s “memory” as he blows way out of proportion his “kidnapping and torture” to the police! Regardless of what Leo accuses them of, it’s doubtful that Leo’s accusations will ever go beyond the questioning stage and no charges will be filed.

Days of Our Lives Spoilers Wednesday, January 22: Will Finds Adrienne And Sarah –…

Days Of Our Lives Spoilers: Kristen’s Delivery, Sarah’s Baby Dies And A Hopeful…

Days of Our Lives Spoilers: Sonny And Justin Talk About The Last Day Of…