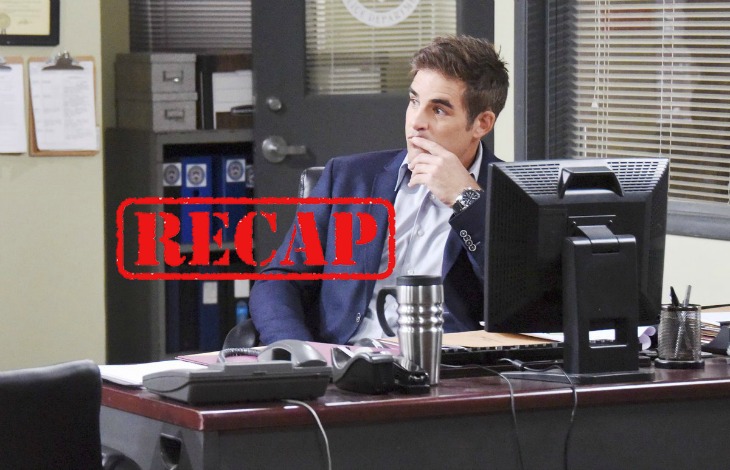 Days of Our Lives (DOOL) recap for Wednesday, January 2, 2018, reveals Chad (Billy Flynn) is at the pub; Will (Chandler Massey) meets him there.

Chad And Will Discuss Sonny

Chad thanks Will for meeting him and Will asks if Charlotte might bring him and Abby (Kate Mansi) back together. Chad tells Will that he can’t imagine what it was like for Abby. Chad blames Stefan (Tyler Christopher) for having him distracted. Chad wishes there was something he could do to help Sonny (Freddie Smith). Will tells Chad everything Leo (Greg Rikaart) is doing to get Sonny to stay with him.

Will thinks there has to be some way to get rid of Leo. Abby and Chad bump into each other outside the pub. Chad tells Abby he heard about Jack and asked if she needs to talk, Abby tells him she doesn’t want to talk with him and walks away. Chad tells Abby that Gabi (Camila Banus) turned herself into the police. Chad says at least that is something; she says it’s not nearly enough.

Days of Our Lives’ Gabi is at the police station, and Rafe (Galen Gering) comes into the room. Gabi says she knows she has disappointed Rafe again. Rafe tells Gabi disappointing doesn’t cut it. Rafe goes through everything Gabi did and asks her if it feels good. Rafe wants to know if it was worth it. Gabi tells Rafe that she was obsessed, she felt a need to get back at the people who hurt her. Gabi has been dealing with all this guilt since she changed the paternity results.

Gabi wants to know if Rafe is going to turn his back on her too. Rafe can’t believe Gabi just confessed to a list of felonies to him. Rafe tells Gabi he will do what he can, but she’s going to have to start leading a different life. Justin (Wally Kurth) arrives, but he cannot take this case. Justin tells Rafe and Gabi that he will not side against his niece, she needs to find another lawyer.

Hope (Kristian Alfonso) joins Rafe and suggests he hire Ted (Gilles Marini) but tells him what Gabi has done is unforgivable. Rafe tells Hope she has a bad attitude for a sister in law. Hope is fed up with Gabi getting herself into these messes; she suggested Ted because he might be the only lawyer that can help. Rafe says he will take care of Gabi himself and walks out. Abby stops by the police station to see Gabi.

Days of Our Lives’ J.J. (Casey Moss) goes to talk to Abby. J.J. apologizes to Abby and then tells her Jack (Matthew Ashford) is alive. J.J. tells Abby that Jack is with Eve (Kassie DePaiva) and that he doesn’t remember anything about his life. J.J. tells Abby that Jack is staying at the Salem Inn with Eve. Abby asks J.J. to watch Charlotte and goes to see Jack. Chad stops by and wants to see Charlotte.

Eve's back and just as fab as ever. ✨ #DAYS pic.twitter.com/ue90MGhy6z

J.J. doesn’t want in the middle between Chad and Abby. J.J. tells Chad it makes him sick that Gabi did this and that he took her side. Chad tells J.J. that he deserves to see his daughter, he’s lost a lot of time with her. Chad holds Charlotte and apologizes for not being there for her. Chad vows to do everything he can to put her family back together. J.J. confronts Eve in the square and tells her how she’s always blaming someone for everything she has done. Eve tells J.J. she brought Jack back and J.J. tells Eve she is just using Jack. Eve tells J.J. he has to give Jack time or he is going to regret it. Meanwhile, Jack rethinks his conversation with Eve about divorcing Jennifer. Jennifer (Melissa Reeves) knocks on the door Jack answers.

Days of Our Lives’ Jennifer goes to see Jack in Eve’s room; Eve tells her Jack is gone. Eve tells Jennifer to calm down; Jack went to get coffee. Eve loves rubbing this in Jennifer’s face and throws her out of the room. Jack comes in with the coffee and tells Eve about running into Hope. Eve tells Jack that Hope is Jennifer’s cousin and a cop. Jack asks if this is going to keep happening.

If Jack didn’t have Eve there away from all this pressure, he doesn’t know what he would do. Jack knows everyone means well. Eve tells Jack to relax and give himself some time. Eve goes to get dressed. Abby arrives and hugs Jack. Jack pushes Abby away and tells her he wishes he knew what to say to her. Jack believes her because Eve told that. Jack tells Abby he doesn’t feel like he’s ever seen her before in his life. Abby tells him that is ok and tells him about a necklace he gave her once.

Abby offers to give him the necklace, but Jack doesn’t remember anything. Abby tells him how the accident happened, and Jack flashes to the elevator. Jack denies having the memory. Eve interrupts Abby and Jack’s conversation. Jack asks Abby to leave, but she promises to be back with the grandchildren. Jack thinks Abby upset Eve as well. Eve tries to tell Jack that Abby is vindictive like Jennifer. Jack asks why he and Eve got divorced, and she won’t tell him. 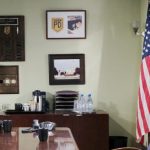 Days of Our Lives’ Leo comes downstairs drunk again. Leo tells Sonny at least the brat is quiet. Sonny tells Leo that his daughter isn’t home and he should be taking care of her with Will but can’t because of him. Sonny accuses Leo of not caring about Ari (Sydney and Harper Udell) at all. Sonny says that Ari’s mom could go to jail for a long time. Leo tells Sonny the best thing that could happen to Ari is her mother going to prison. Sonny is shocked and says he’s never heard Leo talk about his mother. Leo tells Sonny no mother would be better than his mother. Sonny wants more information, about Leo’s mom but Leo says he wouldn’t understand because of who his mother is.

Bold and the Beautiful Recap Wednesday, January 2: Bill Vows To Get Liam To Catalina Island