Corday Productions is seeking over $20 million in punitive damages and possibly the distribution control of “Days of Our Lives” in a lawsuit filed against Sony Pictures Television, as well as Columbia Pictures and Screen Gems.

In a report by Deadline, the legal case claims that Sony has deliberately removed Days from its international distributions in favor of its wholly owned “The Young and the Restless.” The filing said that Days’ ratings have been constant, but Sony’s distribution receipt has declined by more than half.

“This dramatic decline is directly attributable to a decision at the highest levels of Sony management to eliminate any competition to its own wholly-owned Series The Young and The Restless also distributed by Sony,” the suit states. 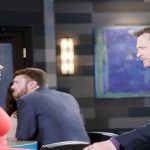 “In the annals of Hollywood television, it is difficult to identify a distributor more guilty of blatant conflict of interest, deceit, perfidy, and abuse of market power,” the suit further stated. “The only effective remedies are massive compensatory and punitive damages and immediate termination Sony’s exclusive, perpetual distribution agreement.”

Corday alleged that Sony has failed to market Days in foreign markets, and as such, the daytime soap is not airing in key markets such as Canada, England, France, Scotland, and South Africa, to name a few.

Pierce O’Donnell, one of the lawyers representing Corday Productions, said that their complaint “exposes Sony’s concerted campaign to abandon selling the 54-year-old celebrated television series in foreign markets while it promotes its own daytime drama The Young and The Restless.”

“We can’t wait to present this damning evidence to a Los Angeles jury. Everyone loves a good David versus Goliath story,” O’Donnell added.

Sony has not say much about the lawsuit, but a spokesperson for the company said that Corday’s claims are “meritless.”

“Days of Our Lives” was created by Ted Corday and Betty Corday. Their partnership with Sony is as old as the daytime soap, which was recently renewed by NBC network for a record 55th season.