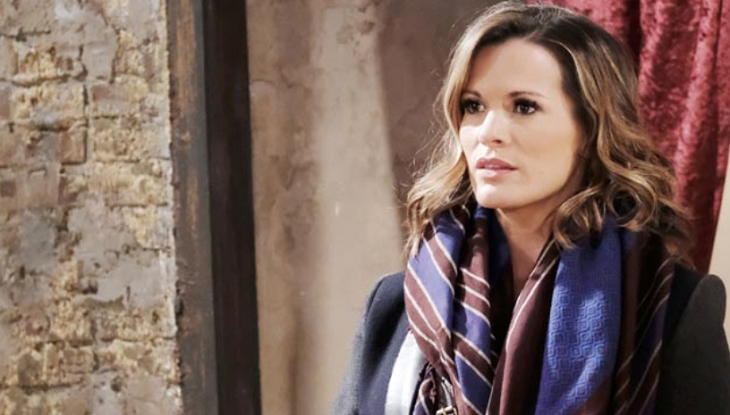 Melissa Claire Egan is returning as Chelsea to the Young And The Restless, according to Entertainment Weekly.

“Told ya it was just ‘goodbye for now’!!!” Egan tweeted. “This is gonna be gooooood.”

The character exited the show in 2018 with her son Connor, months after she lost her husband Adam Newman (Justin Hartley) in a house explosion.

Told ya it was just “goodbye for now”!!! This is gonna be goooooood😆💥 Watch #YR! https://t.co/YHLPwlvkJj

She became close with Adam’s husband Nick Newman (Joshua Morrow), and she kept her dead husband’s secret that he was really Christian’s father.

The pair soon fell in love, and Nick and Christian moved in with Chelsea.  Nick struggled with Chelsea’s con artist past but eventually got over it.

Chelsea went on the run, trying to avoid jail time after Nick Newman had discovered her secret. She had been siphoning money from Fenmore’s through a fake website and Nick found a quarter of a million dollars in an air vent in their condo.

Young And The Restless Spoilers – Taping Begins Next Month

Chelsea had planned to leave town with the money and with Connor and Christian, who Nick believed was his son with Sage, but was actually Adam’s son. But she changed her mind and returned Christian to Nick.

Egan will begin taping episodes next month and Chelsea is slated to return in early summer.  Chelsea’s return will be shortly after that of her presumed-dead husband, Adam, who will return in May, portrayed by newcomer Mark Grossman.

The Young and the Restless Spoilers Tuesday, April 30: Mia Gets a New Job – Sharon Flexes Her Power – Summer Isn’t Giving Up

Bold And The Beautiful Spoilers: Hope Opens Up To Thomas During Terrifying Power Outage