Bold And The Beautiful Spoilers: Will Steffy’s Homecoming Lead To Beth’s Return To Her Rightful Parents? 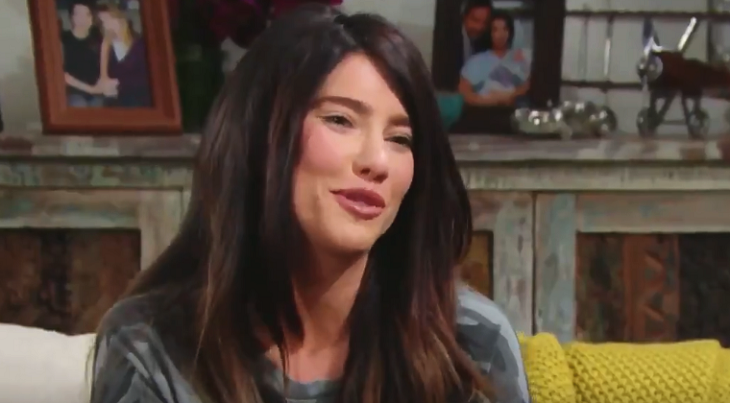 Steffy Forrester (Jacqueline MacInnes Wood) is back in Los Angeles, California, on ‘The Bold and the Beautiful’. Having delivered a healthy baby boy earlier this year, Wood recently began filming scenes. Now, as her character returns, the drama burns.

Remember when Liam Spencer (Scott Clifton) had three incredible women who wanted him? Steffy, his wife, Hope Logan, before she became a Spencer (Annika Noelle), and Sally Spectra (Courtney Hope). Yes, that was a long soapy time ago.

In real time, Hope just told Liam that Thomas Forrester (Matthew Atkinson) is right. She feels destined to be part of Douglas Forrester’s (Henry Joseph Samiri) life, serving as a mother figure, while Liam believes that little boy’s needs don’t have to spell the end of their marriage.

Bold And The Beautiful Spoilers: Steffy Gets Shocking News When She Returns

Phoebe is Beth Spencer, who was not stillborn. A heinous hoax, perpetrated by Reese Buckingham (Wayne Brady) and Flo Fulton-Logan (Katrina Bowden), created this perception of reality that has now helped to spurn a split of the endearing couple nicknamed ‘Lope’.

B&B fans know that Steffy’s brother has been acting diabolically while she’s been away. Yes, Thomas is affected by Caroline Spencer’s (Linsey Godfrey) loss. But to use that tragic situation and manipulate his young son in order to break what was already a fragile ‘Lope’ is outrageously wrong.

Bold And The Beautiful Spoilers – A Decision Maker

However Steffy learns all truths, she’ll surely have more than something to say. Beyond words, she’ll act as she often does. Steffy is a decision maker, with resulting consequences for varied other characters.

Here’s hoping that Steffy gains knowledge of the Phoebe farce and Thomas’ scheme as soon as possible. If so, Wood’s lead character might just be able to restore many people’s lives.

Doing so will force Steffy to give Beth back to her biological parents and unmask her brother’s selfish goals. But that’s how drama burns on B&B.