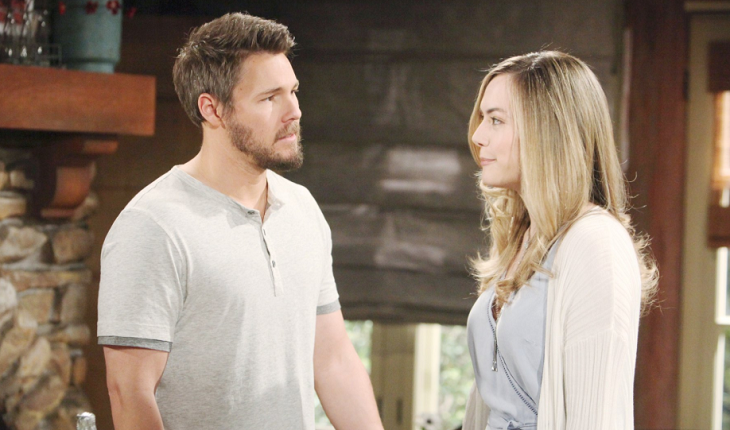 The Bold and the Beautiful spoilers tease that Liam Spencer (Scott Clifton) is in for a challenge. He and Hope Spencer (Annika Noelle) have been going through a terrible time.

They lost their daughter and Hope has been having problems dealing with her grief. She’s sad all of the time and has difficulty keeping her mind on things other than her the loss of her baby.

Liam has done his best to help his wife work through her grief and get on with her life. But it’s been a difficult process. Hope has largely shut Liam out, and at one point insisted that he couldn’t possibly know what he was going through. It’s been tough on Liam, who has been dealing with his own grief and guilt over his daughter’s loss as well. 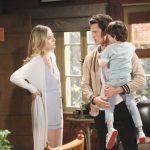 ‘Bold and the Beautiful’ Weekly Spoilers April 15 to 19: Flo Reveals Truth About Baby Switch – Thomas Expresses His Feelings For Hope

Of course, it hasn’t helped that Hope has sought comfort elsewhere. She developed an attachment to Phoebe Forrester (Isabella de Armas and Redford Prindiville). For a while, being in the presence of Phoebe was the only way Hope could find any relief from her grief.

More recently, Hope has developed an attachment to Douglas Forrester (Henry Joseph Samiri). The young boy recently lost his mother Caroline Spencer (Linsey Godfrey). Douglas is in desperate need of a mother figure, and Hope seems to fill that void for him. Plus, Douglas fills a void for Hope as well. And B&B spoilers indicate that Hope and Douglas will continue to bond.

Today on #BoldandBeautiful, Hope erroneously believes that the important news Flo has been trying to tell her is the identity of her father. pic.twitter.com/9SnZwuoe98

But this all pretty much leaves Liam out in the cold. Liam really wants his wife back, and he just doesn’t feel like the two of them have been connecting lately. B&B spoilers say that Liam will seek advice from Wyatt Spencer (Darin Brooks) and Sally Spectra (Courtney Hope) about the situation, and they’ll offer some words of wisdom.

Bold And The Beautiful Spoilers – Liam Spencer Wants To Move On

Ultimately, B&B spoilers say that Liam will decide to plan a special romantic evening for himself and Hope. He’ll hope that if they can focus on their relationship for an evening, this might be a step toward healing for Hope and for their marriage. Liam really wants Hope to be able to move on, and he’ll set up a nice, intimate date for the two of them.

Unfortunately, it doesn’t look like Hope will be into the scene. B&B spoilers say that she’ll try not to disappoint Liam, so it doesn’t sound like she’ll be invested in making the evening work for the right reasons. Her mind might be elsewhere, like on her grief, or even on Douglas and Thomas Forrester (Matthew Atkinson), since she’s been spending so much time with them.

At any rate, Hope won’t be feeling it, and this will lead to a big disappointment for Liam. What he hoped would be a big step forward for the two of them will be anything but. Do you think that Hope and Liam will ever get past what happened to their daughter?