Bold and The Beautiful Spoilers: Katie & Bill Bond Over Will – Is a ‘Batie’ Reunion Coming? 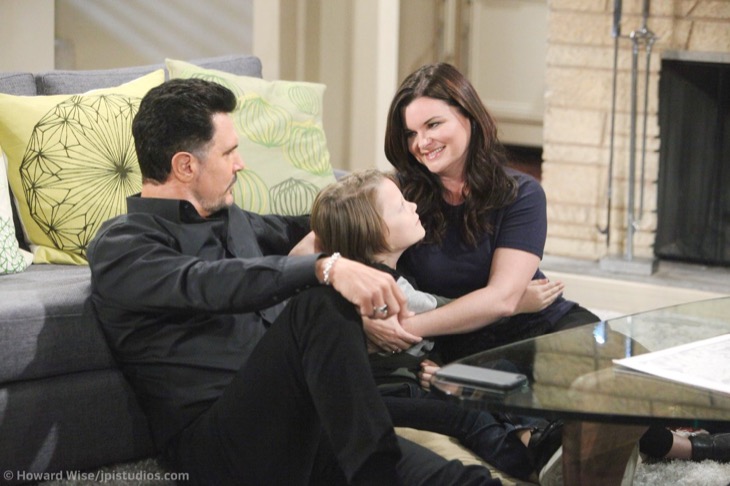 The Bold and the Beautiful spoilers tease that Katie Forrester (Heather Tom) and Bill Spencer (Don Diamont) could be on the path to a reunion. Sure, Katie is currently married to Thorne Forrester (Ingo Rademacher), but there are some clear signs that Katie and Bill might just get together down the road.

First off, we know that Ingo Rademacher, who portrays Thorne, is soon leaving B&B. Thorne could pack up and go back to Europe, and there is reason to believe that he might become disillusioned with his marriage to Katie.

According to B&B spoilers, Will Spencer (Finnegan George) is going to notice some things going on between Katie and Bill. Bill recently turned over a new leaf and decided to become a better version of himself. He did so primarily to have a better relationship with his sons, and it’s really paying off. Will and Bill have become closer, and Katie has noticed.

Look at how Katie is looking at Bill.. Thorne who? #Batie #Boldandbeautiful pic.twitter.com/aqKCjgAaHi

Bold and Beautiful Spoilers Will Notices His Parents Are Getting Closer

Will is going to notice that his mom and dad are getting along better, and he’ll ask his mom a sensitive but innocent question…whether she still loves Bill. Katie will probably answer diplomatically, saying that a part of her will always love Will’s dad, but she won’t know that Thorne will overhear the question and her answer.

B&B spoilers also indicate that Thorne will start to feel left out as Will, Katie, and Bill start acting like a family unit again. Katie will be impressed with Bill’s new persona and the inroads that he’s made with his youngest son. This likely won’t sit well with Thorne, who still believes that Bill is not the best influence on Will.

So, it’s probably only a matter of time before Katie and Thorne go their separate ways. And that will leave Katie wide open for a possible reunion with Dollar Bill. Katie and Bill have certainly had their problems in the past, but they seem to be in a good place now.

The Bold and the Beautiful Spoilers Wednesday, January 16: Steffy Moves Forward With Adoption, Bill And Katie Get Closer

As long as Bill continues to be a loving and attentive father to Will and doesn’t pull any “old Bill” type of stunts, there’s probably a good chance we could be looking at a “Batie” reunion down the road.

What do you think? Would you like to see Katie and Bill get back together?