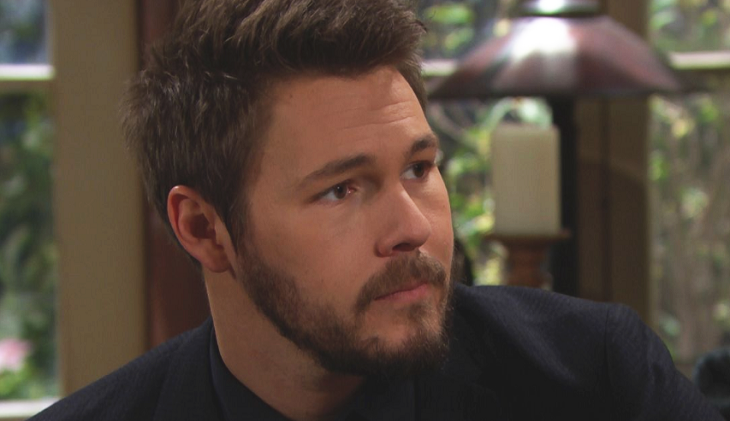 Baby Beth’s faux death on the Bold and the Beautiful is one of the soap’s biggest storylines this year. In fact, it has helped pull the show’s ratings to its new heights. Scott Clifton, who plays Liam Spencer, opens up about his character and doing the agonizing scenes when he and Hope Spencer (Annika Noelle) lost their child. He also talked about going back and forth between the women in his life.

“I don’t think I’ve ever had to sustain an emotional state for as long as this one,” he confessed, in an interview with Soaps In Depth.

However, Clifton also said that there were some parts of the storytelling that he enjoyed, such as the heartbreaking moment when Liam had to tell Hope that their baby dies.

“I had to walk this tightrope,” he said. “It’s a dance between what the characters know and what the audience knows. That’s kind of rare and precious on shows like this.”

Bold And The Beautiful News: Annika Noelle And Jacqueline MacInnes Wood’s Relationship Will Surprise You

The baby secret remains a secret, despite attempts to reveal the truth from characters such as Flo Fulton (Katrina Bowden) and Zoe Buckingham (Kiara Barnes). But the storyline seems to be dragging on, and even Clifton has no answer on when the truth will come to light.

“When they reveal it actually matters, because it changes the nature of the conflict,” Clifton explained. Baby Beth is now baby Phoebe, who has been adopted by Steffy Forrester (Jacqueline MacInnes Wood), of all people.

Clifton explained that this will surely create a conflict between Hope and Steffy, and there will be an argument on who’s the real mother. Hope is the biological mother, but Steffy has been taking care of the baby as a mother. And Liam, being the father, would also be in a difficult position. Whose side will he take?

He’s been switching back and forth between the women in his life. Regarding playing that aspect of his character, Clifton confided with laugh: “It was uncomfortable the first year or two, but at this point, it’s part of the gig to have people constantly upset with me.”

Bold And The Beautiful Spoilers: Is Flo’s Father A Forrester? https://t.co/kn1gTGYzwx pic.twitter.com/h2sgOI4t3R

“Yeah, it’s a little gross, but that’s the character. Liam tends to Forrest Gump his way through it, but he does love and deeply cares about both of these women,” he added.

Young And The Restless Poll: Was J.T.’s Return Worth The Wait? Vote Now!

Days Of Our Lives Spoilers: Are Will’s Symptoms Delayed Side Effects Of Dr. Rolf’s Memory Serum?