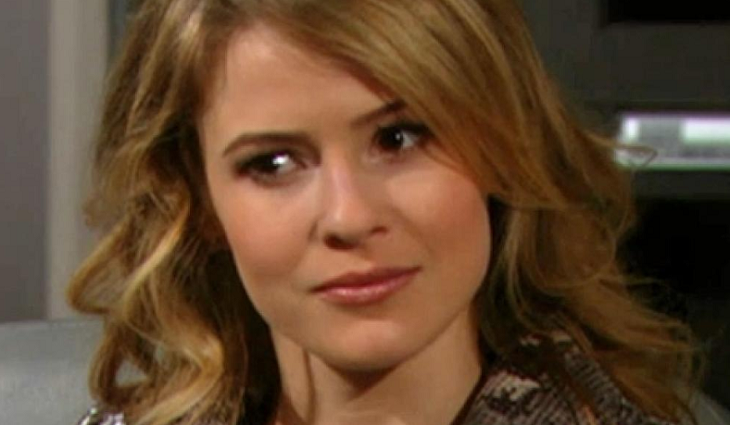 The Bold and the Beautiful was rocked by the sudden death of Caroline Spencer. Thomas Forrester (now played by Matthew Atkinson) revealed that Caroline died of a sudden blood clot. He returned from New York with their son Douglas to be reunited with his family. Linsey Godfrey, who portrayed the character, addressed Caroline’s death.

In an Instagram post, Godfrey shared that she just came from the funeral of Caroline, and “it was beautiful.”

“It appears it’s time to say goodbye to our Caroline Spencer,” she wrote. “I just want to first say a huge thank you to Brad Bell and the entire Bold and the Beautiful family. I truly adored every aspect of the wacky, feisty, sassy Caroline. I loved my time at Bold!”

Bold And The Beautiful News – Fans Expressed Sadness About Caroline

“Don’t be sad, even though she is gone, I promise Brad and the writers have some awesome drama up their sleeves for you!” Godfrey teased. She thanked everyone for all the love and support she has received as Caroline throughout the years.

The pleasure was all mine. ❤️

Some fans expressed their sadness that Caroline has been killed off, with one saying: “This will take time to process. I’m doing grief and anger at once! … Caroline was a wonderful character who had years worth of story to explore…even if it would be done with a recast.”

“Don’t worry I hear Caroline has a brunette doctor doppelganger over in Salem, might be worth investigating,” she said, assuring her B&B fans can still watch her on their daytime screens as Dr. Sarah Horton on Days of Our Lives.

Other fans commented that she’s actually doing well on Days of Our Lives and she has more lines there. The Bold and the Beautiful spoilers reveal that the Forresters and the Spencers will gather this week to honor Caroline.

Bold And The Beautiful News – Godfrey Has Been Keeping Busy

Godfrey played Caroline Spencer from 2012 to 2018. She booked a contract role as Sarah Horton on Days last year. She was also cast as Carly Porter in the short film titled Our Last Day as Children.

The actress also appeared as Caroline Spencer on The Young and the Restless. Godfrey’s other credits include Dead House, CSI: Miami, Surface” and NCIS.