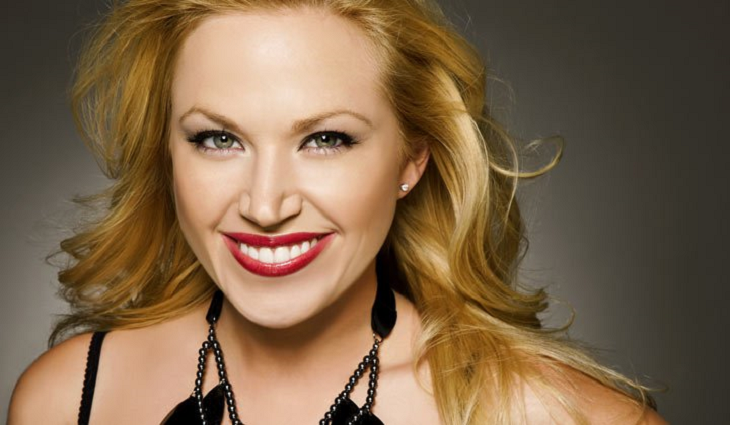 Adrienne Frantz, who played Amber Moore in the Bold and The Beautiful (B&B) will be starring in a new horror flick, The Thing that Keeps You In, as Caroline Davies. She will be working with her husband, Scott Bailey, who will play Martin Kadish.

This is not their first gig together. The couple starred in other films such as Maternal Instinct and Lifetime’s The Perfect Girlfriend. Set in the year 1974, The Think That Keeps You In revolves around a doctor who, along with his associates, visits a widow who’s been confined to her house for years, due to the terrible nightmares that she’s been having.

The other cast members of the upcoming horror flick include Phil Todd, who will play Walter Davies, Trish Cook as Abigail Hendricks, and Spencer Trinwith as Kevin Lowe.

Viewers may recall that Frantz had been involved in many different storylines during her stint on the soap. She played the part from 1997 to 2012 and during the character’s crossover to the Young and The Restless (Y&R) from 2006 to 2013.

Bold and the Beautiful Spoilers: Hope Bonds With Flo Over Baby Loss

Amber was the ex-wife of Rick Forrester on B&B and was also married to Daniel Romalotti and Cane Ashby during her stay in Y&R’s Genoa City. She eventually divorced Daniel and left town when her old flame’s son showed up in town looking for trouble.

She was a successful fashion designer at Forrester Creations and Spectra Fashions. But she also did some shady things at Jackie M, when she stole designs from Forrester. She told everyone at her new job the designs were hers.

Bold And The Beautiful – Amber Faked Her Baby’s Paternity

Amber was pregnant with Oliver’s child but fooled everyone when she announced that it was Liam’s. She continued to lie and even had someone fake the paternity test just to convince people, especially Liam, that the child was his.

In the end though, her secret was exposed after she gave birth and the child was black, which Liam is definitely not. It was later revealed that the father of the baby was her occasional lover, Marcus Forrester.

Days Of Our Lives Spoilers: Will JJ Marry Haley To Keep Her From Being Deported?