Bold And The Beautiful: Five Reasons Katie And Bill Are Meant To Be Together 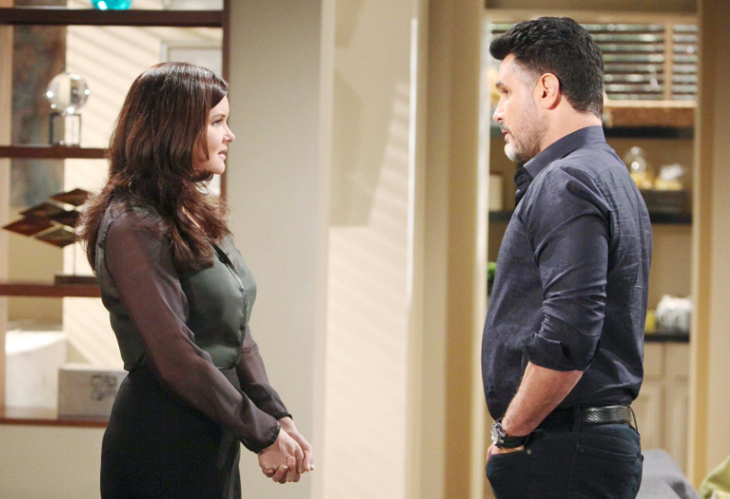 The Bold and the Beautiful spoilers tease that there’s a strong possibility Bill Spencer (Don Diamont) and Katie Logan (Heather Tom) might be getting back together. But is Katie making the right choice in resurrecting “Batie” again?

After all, these two have seen more turbulence than a rocky transatlantic flight from Los Angeles to Monaco (that they’ve been on, no less). Many Bold And The Beautiful fans are hoping Bill focuses on what his heart and his mind both need, and for many viewers and their opinions, that’s Katie.

With that said, here are five reasons why Katie and Bill are meant to be.

5. Katie Has Had Enough Heartache

Katie has had enough heartache in her life. Her husband Thorne has just left her and she’s had more devastating break ups than she can count – who can forget the fact that Bill slept with her sister, Brooke (Katherine Kelly Lang)? 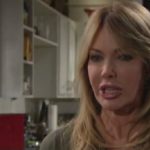 Bold And The Beautiful Rumor: Taylor Figures Out Baby Swap And Helps Cover It Up

4.  No Denying The Attraction

Katie was the first person in Bill’s life to challenge him as a shark. She’s beautiful, she’s smart, and she’s not like the other women Bill has had in his life. Back when Bill and Brooke went rock climbing in Aspen, Colorado, his life flashed before his eyes while he dangled off a cliff. He knew that Katie was the only woman for him. Plus, these two have always been passionate in their romance and undoubtedly attracted to one another.

3. Bill Needs A Strong Woman By His Side

When Bill and Katie first got together, he made her the CEO of Forrester Creations. She has a wicked sense for business and doesn’t pretend to have a “pathetic victim” complex. Plus, she’s a survivor. Even though Katie has walked out on Bill several times, she’s never left him, so to speak. She’s not a woman who would cut and run, but at the same time, Katie understands she never married a boy scout.

2. They Are Doing What’s Best For Will

One of the reasons why Katie took Bill to court for full custody of their son Will was because she was frustrated with how little he spent time with him. Thankfully, Bill has managed to step up to the plate to become a better man and a better father. Katie sees this change and likes what she sees. Many viewers have also noted that Katie’s face lights up whenever she sees Bill and Will together as father and son.

Sally is a woman on the rise, but will she be brought down? PLUS a desperate plea rocks Steffy and Liam’s world. It’s all happening this week on #BoldandBeautiful! pic.twitter.com/W39D59zCPM

1. Bill Wants To Grow His Family And His Empire

While no one knows what the future holds for Bill and Katie, one thing is certain: Bill wants his family back. As a matter of fact, he’s stated that he wants to grow both his family and his empire at Spencer Publications. Watch this space. We have a feeling there is much more to come from Bill and Katie.

Days Of Our Lives Spoilers: Stefan Re-Hires Ben As Head Of Security