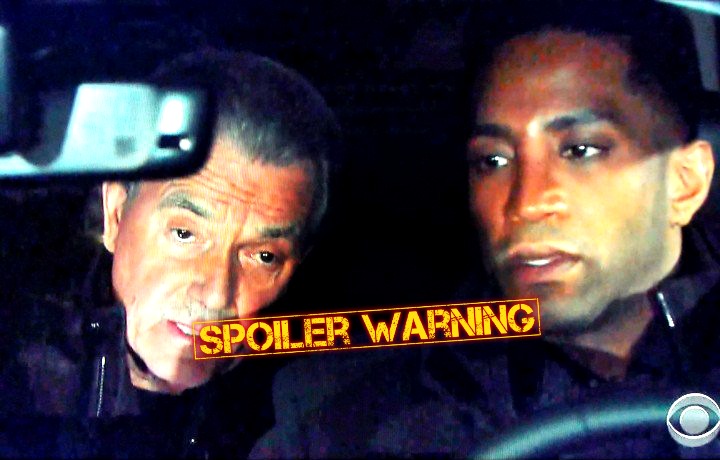 “The Young and the Restless” spoilers for Friday, December 28, tease that Nikki Newman’s (Melody Thomas Scott) disappearance will bring questions. At the hospital, Victoria Newman (Amelia Heinle) and Nick Newman (Joshua Morrow) wonder what happened to their mom. Nick believes this was a kidnapping and calls the cops to file a missing person’s report.

When Rey Rosales (Jordi Vilasuso) shows up, Nick lashes out at him over empty promises. He just wants results. Rey assures Nick they’re going to figure all this out and once he’s alone, he calls someone to have Nick tracked. Nick ends up arguing with Victoria about their dad. Victor Newman (Eric Braeden) has many enemies, so Nick thinks one of them must be behind this kidnapping scheme.

Young and The Restless Spoilers – Victoria Thinks They Need To Confess

Victoria’s fed up with Nick’s attitude about Victor and eventually finds Phyllis Summers (Gina Tognoni). They debate the situation and Victoria insists they have to confess. She doesn’t want to hinder the investigation any longer. Phyllis dismisses the confession plan and notes that if someone wanted to do real harm to Nikki, he or she would’ve just done it at the hospital.

Nick joins Rey at the police station and seems sorry for ranting earlier. He admits he’s stressed over Nikki and took his fear out on Rey. They chat about their fathers and Nick learns Rey’s dad disappointed him, too. However, Rey suggests that there’s always love mixed in. Nick’s suspicious of Rey’s comments and wonders if he’s working an angle. Rey reassures Nick and takes a look at some security footage.

Young and The Restless Spoilers Rey Says They Found The Kidnapper

Someone dressed as an orderly was caught shutting down the machines in Nikki’s room and taking her out. Rey points out that they’ve found their kidnapper. He speculates that it’s someone who works at the hospital since other cameras were dodged.

In an ambulance, Nikki has lost consciousness again. Dr. Nate Hastings (Brooks Darnell) is worried, so he urges the driver to turn the sirens on and speed up. Nikki opens her eyes once more and learns Victor wanted her taken somewhere safe. She’s pleased to know he was truly there and credits his love with bringing her back.

Nate makes the mistake of bringing up the charges Victor could be facing, which sets Nikki off. She’s in a tizzy over Victor being framed when she loses consciousness again. Nate realizes the meds needed to treat Nikki are back at the hospital. He barks to the driver that Nikki will die if they don’t turn around and go get them.

Loved at the end of today’s episode when Victor strokesd Nikki’s hair and her cheek as he lay beside her in her hospital bed! Such beautiful, heartfelt scenes for #Niktor the past few days! And bravo to @EBraeden for a fabulous job tugging on everyone’s heartstrings! #YR pic.twitter.com/OVZWE4nbkA

Nick winds up back at the hospital and runs into masked Nate. After exposing Nate’s identity, Nick flies into a rage. He wants Nate locked up for this, but quickly learns Victor is running the show. Nate mentions Nikki’s relapse and insists there’s no time to waste. He warns Nick has to let him go or else Nikki may not make it.

Nate and Nick find themselves in the ambulance together soon after. Although Nick wants Nikki rushed inside the hospital, the driver refuses to allow it. He makes it clear that he’s under strict orders and must take Nikki to her destination.

“The Young and the Restless” spoilers say even more excitement ahead in Genoa City. We’ll give you updates as other Y&R news and rumors emerge. Stay tuned to see what’s next on the CBS soap.