‘Young and the Restless’ Poll: Will Nikki Go To Prison After Recovering From Accident? 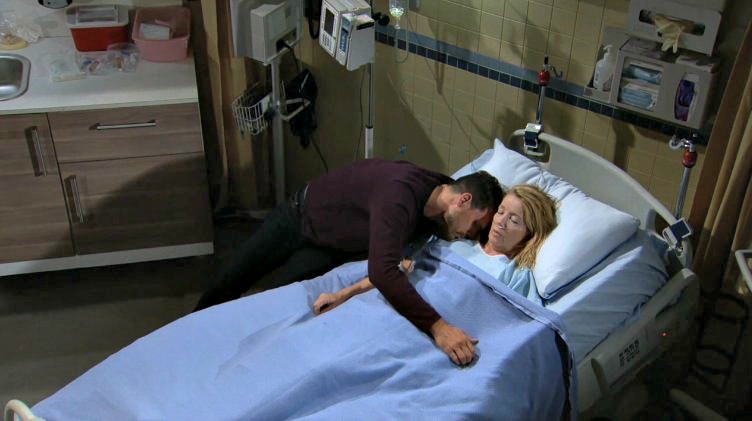 What if J.T. (Thad Luckinbill) proves to be alive on ‘Young and the Restless’? Even if that impossible scenario is written, Nikki (Melody Thomas Scott) will still be the coverup crew member who is most vulnerable of going to prison. But will Genoa City’s current leading lady actually be put behind bars?

So, Nikki was downing alcohol at Jabot’s Christmas party. She began by mixing a few ounces into what resembled a spritzer. Then, after tasting the liquid poison, her willpower failed. Eventually, Nikki pulled a golden flask from her three-figure’s (at least) purse and downed the magical elixir without any remorse.

She’s fallen hard off the wagon, again, and has allowed herself to veer out of control, just like the car Reed (Tristan Lake Leabu) unlawfully drove. Wow, those Newman’s really can’t live within the law!

Nick is NOT happy with Rey. #YR pic.twitter.com/hz758jANF8

Triggered by Rey’s (Jordi Vilasuso) questions at the station earlier in the day, Nikki then unexpectedly encountered Detective Rosales at the Genoa City Athletic Club, where holiday festivities were well under way. Despite Michael’s (Christian Le Blanc) earlier urging that Rey stay away from his client, he didn’t.

A viscous verbal exchange involved Rey telling Nikki that he would see both halves of ‘Niktor’ go down for the murder of J.T. Hellstrom. Rey believes that Nikki is covering for her infamous husband and that the ‘Moustache’ is in hiding. GC’s lead detective has it generally backward, though his instincts about J.T.’s demise should prove apt.

Victor didn’t erase J.T., though he would have liked to. And Hellstrom’s true killer, though accidental, Nikki, is hiding in plain sight.

Digitally skip a short time ahead in both real and soapy time. Nikki awakens from her coma and Victor stands by her side. Whoever is torturing the cover-up crew then makes sure that Rey has enough evidence to haul Nikki, not Victor, in.

Young and the Restless Weekly Spoilers December 24 to 28: Lola Breaks Up With Kyle – Nikki Takes Turn For The Worst – Victoria and Billy Moment

Nikki, put behind bars after miraculously pulling out of a comatose state? Sure, Rey plays the Grinch in this plot scenario.

Fans of ‘The Young and the Restless’ rightfully express their opinions on a regular basis. So, will Nikki go to prison after recovering from the accident? Please vote in our poll below!