Young and The Restless Explosive Report: Mal Young Confirms He’s OUT, What Does It Mean For Y&R? 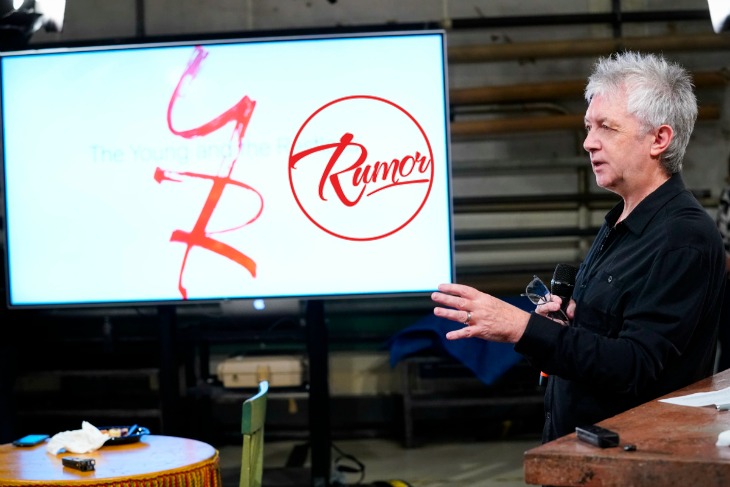 Young And The Restless UPDATE: Mal Young has confirmed the Y&R rumors that he has left the CBS soap opera.

Young confirmed his exit to ShowBiz411 and stated, “Just arrived in London for the holidays. I felt like it was a good time to move on. Never a good idea to get too settled on a long running soap and I achieved all that I and CBS set out to do: improved scripts and production values.”

“Young and the Restless” (Y&R) reportedly is going to undergo another change behind the scenes. CBS is a sinking ship right now with so many sexual harassment allegations coming out of former CEO Les Moonves. This could lead to a massive Y&R shakeup. According to Highlight Hollywood, Mal Young could be on his way out and former head writer, Josh Griffith could be on his way back in. So, what does this mean for the soap?

The fact is, Mal had promise as a head writer and executive producer. He has tons of experience, but he had no relationship with the core characters. His solution was to get rid of key roles like Paul Williams (Doug Davidson), Scotty (Daniel Hall), and Gloria (Judith Chapman). These are characters with history on the show and one of the reasons the devoted fan based would watch daily.

The CBS inside source revealed that just a few actors and crew members will be sad to see Young go. The insider said that most are happy with the change and they feel that it is a long time coming. The report also points out that there will be more behind the scene drama as others are fired and new people are brought in.

Thank you Eric for having the balls to say something. The rest of the cast is very quiet and if they want to save the show they need to take a stand against what the writers are doing. YnR will be cancelled if they continue to lose fans!#fireMalYoung #bringbackDougDavidson pic.twitter.com/3cOJa3t5zJ

Young and The Restless Spoilers – Josh Griffith the likely replacement

Josh will probably step into the role of showrunner, at least on a temporary basis. SONY exec Steve Kent likes to put his friends in high positions and Josh is a great friend of his. They are college friends who kept in touch over the years.

Griffith was in charge of Y&R once before. He was the writer who gave Sharon (Sharon Case) bipolar disorder when she burned down the ranch. He was also the one who wrote the storyline when Victor (Eric Braeden) married Sharon. His storylines were okay, but his writing of Sharon was seriously lacking.

Even so, many of the actors and viewers choose to see this as a good thing. Mal Young could be on his way out with a fresh new writer to do his best to improve the soap opera’s falling ratings. Don’t forget to come back for more The Young and the Restless (Y&R) spoilers, news, and casting updates!