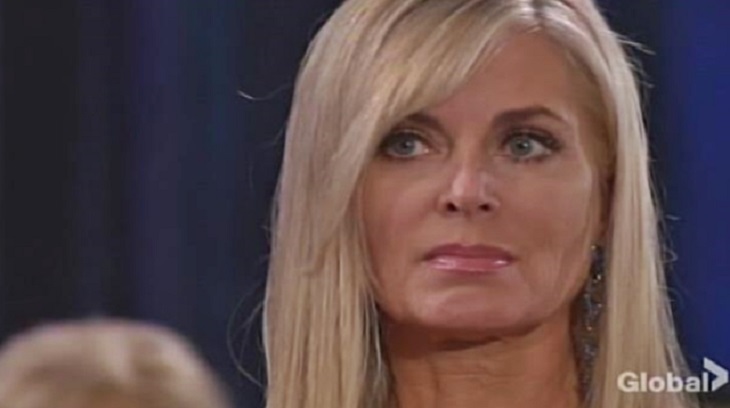 Victor (Eric Braeden) was wise to listen to Nikki’s (Melody Thomas Scott) counsel on ‘The Young and the Restless’. He summoned their daughter to his throne and after meeting first with Ashley (Eileen Davidson), told Vickie (Amelia Heinle) that she could either accept a demotion, or resign.

That measured solution allowed Ashley to return to the company, while also putting Victoria in her place. Miss Newman broke her father’s trust by engaging in a foolish scheme with Jack (Peter Bergman). Their plot to set up Ashley as an espionage artist backfired in both of their faces, leaving Vickie weakened and Jack apparently facing legal action from his sister.

Ashley never intended to use her departure from Jabot as a tactic to gain a spot at Newman. Yet, as soon as word got out that she left, Ashley was courted by Victor. He asked Nikki to help him woo Miss Abbott. The deal they offered, which included an invented title, ‘Chief Innovation Officer’, a seat on the Board of Directors, plenty of compensation and perks, potentially including a revived romance with Victor, if she wanted it, proved too enticing to turn down. So, she accepted.

However, Vickie was working to oust Ashley from the moment she gained access to Newman. Jack turned his normal fretting into a weapon. He conspired with Vickie to plant evidence in his office that J.T. (Thad Luckinbill) found. Victor was shown said proof and fired Ashley. Then, the ‘Moustache’ overturned his ruling after Abby (Melissa Ordway) provided him with evidence she found in the Abbott family’s living room desk drawer. Yes, that was a soapy point in the plot.

The amateurish nature of Vickie’s failed efforts dramatically affects the trajectory she believed she was on. The reality of what’s transpired has positioned Ashley to take over for Victor if something unusual were to happen. And thus the tease for post-college basketball preemptions has been set.

‘The Young and the Restless’ (YR) Poll: Will Victor Look The Other Way? – Nikki and Arturo Okay’d?