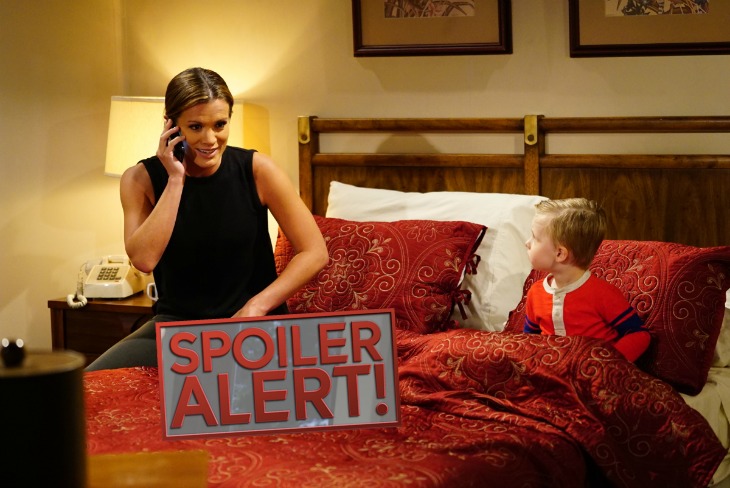 It was wrong for Chelsea (Melissa Claire Egan) to put Christian (Jude and Ozzy McGuigen) in front of Vickie’s (Amelia Heinle) door on ‘The Young and the Restless’. Sharon’s (Sharon Case) attacker dropped the little guy there, rang the bell and then sped off with Connor (Gunner and Ryder Gadbois). But at least that scenario allowed Nick (Joshua Morrow) to keep Adam’s (Justin Hartley) child.

Seven character names were packed into the first paragraph of this story. Yes, many lives in Genoa City are being affected by Chelsea’s virulent behavior. Of course, smart soap fans know that Egan’s previously announced departure from Y&R’s cast necessitated the unwinding write-out that’s currently being seen.

A thoughtful set of retrospective scenes was created and played for the audience as Chelsea was escaping GC with Adam’s boys. Then, when it seemed as though Nick would lose the woman he loved, her son and the boy who he thinks is his son, Chelsea had a change of heart.

Meanwhile, Jordan (Darnell Kirkwood) was driving Chelsea’s SUV. The decoy he helped to create lured Victor (Eric Braeden) to the outskirts of town. Viewers didn’t know it, but Chelsea was in an alternate vehicle all along.

So Adam’s widow decided that she couldn’t tell Nick all that she’d done, while also knowing that Phyllis (Gina Tognoni) and Sharon had the goods on her. Chelsea was unwilling to tell Nick the truth about her rainy day fund and Christian’s paternity for fear of ‘Chick’s’ end. But those eggs cracked anyway, so were her efforts really worth it?

Lost among the daggers everyone is throwing at Chelsea is Victor’s dastardly nature. He’s the one who began threatening her months ago, stating that he would reveal Christian’s paternity if she didn’t do as he wanted.

Whether Nick is told, or pieces together that truth isn’t at the center of the current storyline. Sharon is about to tell her ex-husband that he’s not Christian’s father. She’ll console him, as Y&R’s fans wonder if ‘Shick’ is being resurrected?

The Young and The Restless Spoilers: Lily Fears Devon Is Falling For Hilary, Plans To Stop It