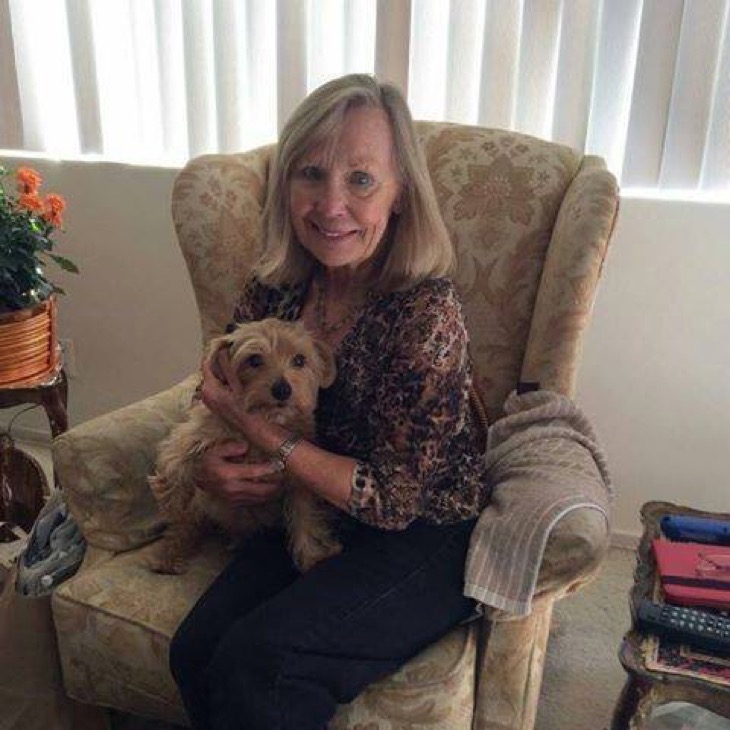 Actress Marla Adams is sharing some heartbreaking news with her fans this week. The iconic The Young and the Restless star has suffered a personal loss. One of her award-winning Norfolk terriers passed away.

Marla shared a heartfelt message on her Facebook account this week. She wrote to her followers, “Piper, PIPER I love you, miss you and thank you for your unconditional love like no other. Frolic around heaven and case the squirrels with your Mama, Carmel Candy.”

Many fans know Marla best as her character Dina Abbott on the hit CBS soap. Just recently, Dina has been dealing with her own health battles, including her Alzheimer’s Disease. Her children battled Genoa City villain Graham Bloodworth for power over her estate until he ultimately died, thanks to a self-inflicting toxin injection.

Speaking of the storyline, Marla said she felt it was very important to open up about dementia and was proud that the writers have included it in her storyline.

The actress explained, “We’ve been working with the Alzheimer’s Association to make sure we’re doing all this accurately and realistically. Sometimes this has been scary as hell to play because it puts me in touch with my own mortality. But I’m also blown away by the opportunity because it’s a groundbreaking story and the audience can really relate.”

Marla also reflected on some of her past cast members and added, “They should never have killed off John Abbott (Jerry Douglas), but I’ve had really fun scenes with his other wife Gloria (Judith Chapman) where Dina gets to throw in all those nasty little digs.”