The Young And The Restless Spoilers: Y&R Lines Up Three HUGE Cast Returns

The Young and the Restless spoilers tease that the writers have something special in mind for the soap opera’s 45th anniversary on Monday, March 26.  CBS decided to bring back three familiar faces, two of them are from the Brooks family, which was Genoa City’s first family.

Blast From The Past

According to Soap Opera Digest, Jaime Lyn Bauer (Lorie Brooks) and Janice Lynde (Leslie Brooks) will appear on The Young and the  Restless during the week of March 26. Meg Bennett (Julia Newman) will appear with the Brooks sister. She was married to Victor Newman (Eric Braeden) in 1980.

Julia is a character many Y&R fans have wondered about.  They had repeatedly asked TPTB to bring her back, even if it was just a small stint.  It sounds like the writers finally listened and the viewers will see Leslie, Lorie, and Julie in the next few weeks.

All three women will begin taping their episodes on Wednesday, February 21 in Los Angeles at CBS studios. 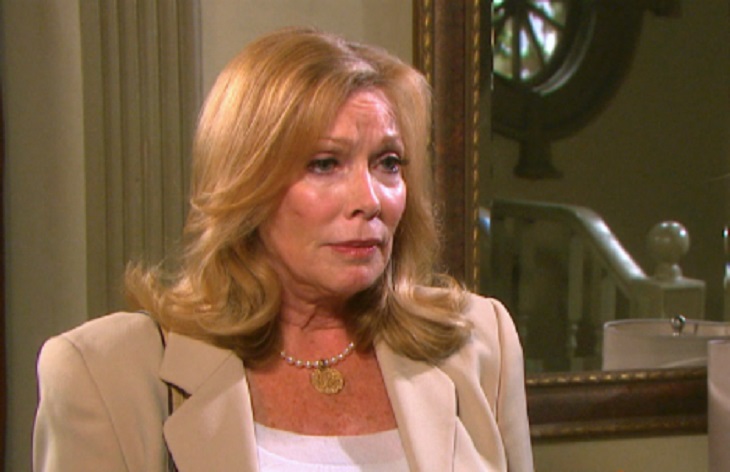 When Did The Ladies Last Appear On Y&R?

Are you excited to see the Brooks sisters and Julia?  Don’t forget to check back later for more The Young and the Restless spoilers, news, and casting updates!