The Young and the Restless Spoilers: What’s Next For Mariah And Tessa? 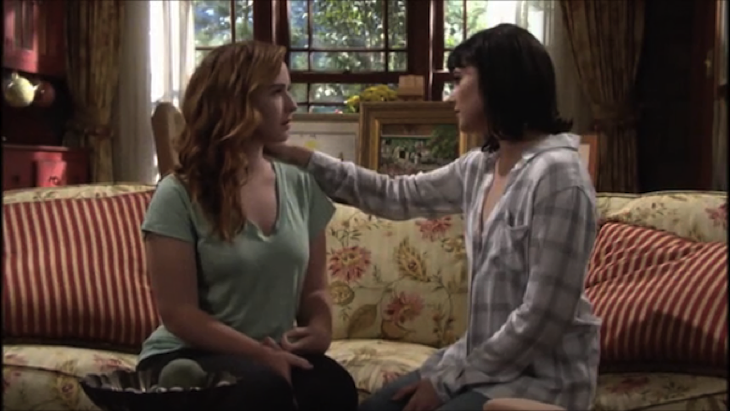 Is there a chance that Mariah (Camryn Grimes) and Tessa (Cait Fairbanks) might be getting back together again? That’s what fans can’t help but wonder as new The Young and the Restless spoilers tease that the former lovers have been getting very friendly in recent weeks. In fact, there’s a strong possibility that they might be willing to give their romance another chance.

According to CBS Soaps in Depth, love might be in the air for Mariah and Tessa again. That is, only if Mariah can learn to trust Tessa. After all, she exploited her former lover when she used her private journal to write very public songs about their relationship.

But it looks like what happened in the past is staying in the past because Mariah and Tessa are acting more than just a little bit friendly. Actress Cait Fairbanks, who plays Tessa on the show, put it this way, “Everything takes time, everyone is impatient. I understand. The storyline between Tessa and Mariah was moving so quickly, and then it got put on the backburner. But I feel like that’s a natural progression for relationships. It doesn’t all happen right away. No good ones do!”

At the same time though, Cait does admit that there’s still plenty of pain between the two women. It will take more than just a little time for them to heal, understand and forgive one another for what happened. Of course, fans will just have to tune in to find out what will happen next!

In the meantime, The Young and the Restless airs weekdays on the CBS network. Check your local listings for times. In the meantime, drop us a line with your thoughts in our comments section below. And as always, don’t forget to check back with Soap Opera Spy for all the latest news, updates and spoilers on The Young and the Restless and all of your favorite daytime television shows right here!