The Young and the Restless Spoilers Week of March 19: Brutal Family War, Evil Plans, And A Shocking Discovery! 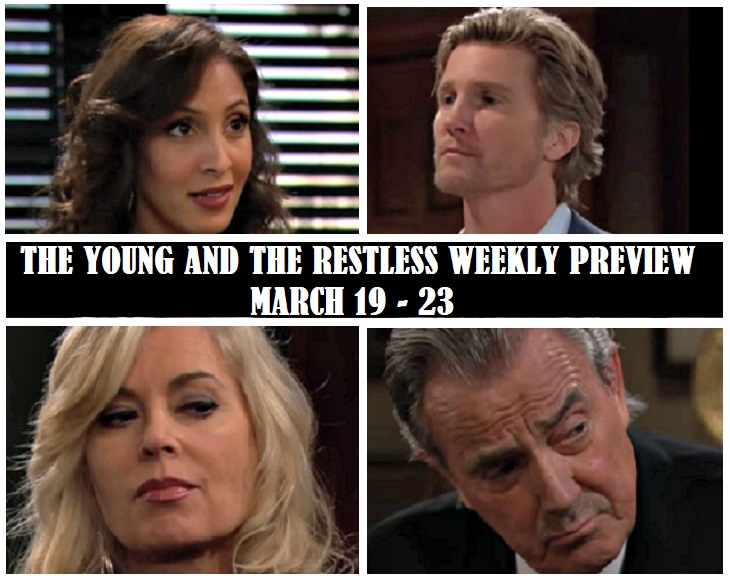 “The Young and the Restless” (YR) spoilers for the week of Monday, March 19th through Friday, March 23rd tease that we will have a week filled with confrontations, shockers, and let’s not forget plenty of drama! You will not want to miss a moment of the action!

Coming up this week, Y&R spoilers indicate that Ashley Abbott (Eileen Davidson) will shock her brother Jack Abbott (Peter Bergman) when she slaps him with a lawsuit for defamation of character. Jack will be floored and very upset. Ashley will let Jack know that she would never have came back to Jabot even if his plan of getting her fired from Newman Enterprises had worked. So it appears the sibling rivalry will continue. What do you think it is going to take for them to put all this mess behind them?

Meanwhile, The Young and the Restless spoilers hint that Lily Ashby (Christel Khalil) will start to go down a dark path and do something we have never seen her do before and it will not be very becoming.

Lily is very upset that her brother Devon Hamilton (Bryton James) is going to be the father to Hilary Curtis’s (Mishael Morgan) baby and she refuses to let it happen. Lily will do whatever it takes to make sure Hilary does not have a baby by Devon. She knows that Hilary has not changed and hopes to make Devon realize that as well.

Elsewhere, J.T Hellstrom (Thad Luckinbill) will make a shocking discovery at the Newman Ranch but he better watch his back because someone else has their sights set on him. Paul Williams (Doug Davidson) wants to pull the plug on J.T.’s investigation but J.T. will convince him to give him just a little more time. J.T. may be getting more than he bargained for because Victor Newman (Eric Braeden) is smarter than he thinks.

Other “Young and Restless” spoilers suggest that Nick Newman (Joshua Morrow) will get into a confrontation with Arturo (Jason Canela) because he doesn’t trust him and will question his motives.

Also, Billy Abbott (Jason Thompson) will receive a fascinating invitation and Abby Newman (Melissa Ordway) will dive into a new challenge. So as you can see we have a very exciting week heading our way, so make sure to stay tuned to CBS’s “The Young and the Restless.”

The Bold and the Beautiful Spoilers Week of March 19: Shocking Arrest, Bill Wakes Up, Steffy Betrayed!