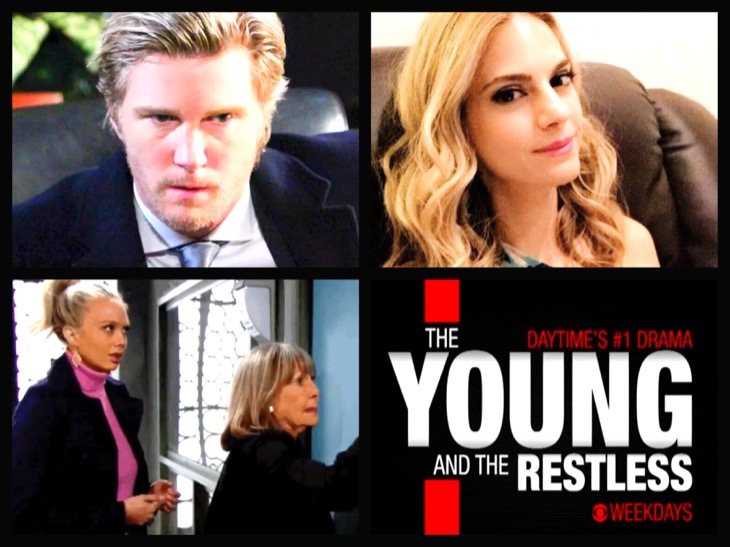 “The Young and the Restless” spoilers for Wednesday, March 28, tease that J.T. (Thad Luckinbell) will get some infuriating updates. At the police station, Paul (Doug Davidson) notes that the evidence against Victor (Eric Braeden) was bogus. J.T. insists that he didn’t know the documents were phony. He wants another job with the feds, but Paul won’t recommend him since he couldn’t pull off this one.

Nikki (Melody Thomas Scott) visits Victor at the hospital and urges her husband to pull through. She reluctantly agrees to help Victoria (Amelia Heinle) keep her demotion under wraps. Victoria’s desperate to stop Ashley (Eileen Davidson) from making powerplays and taking control of Newman Enterprises.

Later, Paul questions Nikki about the night of Victor’s shooting. She eventually confesses that she was with Arturo (Jason Canela) in a suite. Nikki believes Jack’s (Peter Bergman) story about coming over to offer an apology. Paul mulls over who else would’ve had a strong motive.

At the athletic club, Raul Guittierez (David Scott Lago) and Brittany Hodges (Lauren Woodland) show up. They exchange warm greetings with Phyllis (Gina Tognoni) and Billy (Jason Thompson) before learning “Philly” is a thing now. Over with Abby (Melissa Ordway), she realizes Jill (Jess Walton) may be able to offer the scoop on Dina’s (Marla Adams) history. Jill comes home with Abby to get grilled.

Ashley and Abby learn that Dina had many affairs during her country club days – at least according to Katherine (Jeanne Cooper). After Jill shares what she knows, she leaves and Abby debates the issue with her mom. Ashley notes that the still don’t have any proof regarding Jack’s father, so Abby suggests they should have a DNA test done.

Back at the club, Brittany spots J.T. and hears about his divorce from Mac (Kelly Kruger). She’s bummed to learn they’re splitting up. At Top of the Tower, the gang all gathers for the long-awaited party. Raul and Brittany have a shocker of their own to deliver. They fill J.T. in on how they bumped into each other in New York and got hitched. 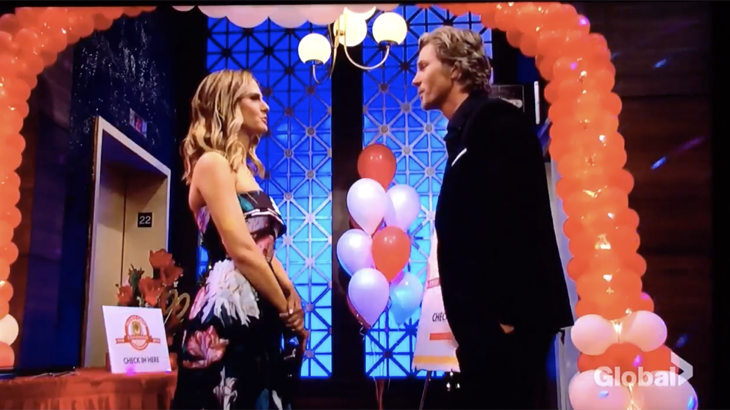 Once Mac appears, the bash takes a dark turn. J.T. immediately marches over for a fierce confrontation. He rips into Mac for trying to keep their children away from him. Once they argue briefly, Mac insists avoiding each other is the best solution right now.

However, J.T. just can’t stay away. He eventually starts up another fight, which prompts a phone call from Billy to Victoria. When Victoria comes to see what the trouble is, she finds J.T. and Mac spewing vicious insults. Victoria wonders what in the world is going on, so she should get some answers on Thursday.

Over with Jack, he grumbles about Ashley’s voicemail to Victor. Paul definitely has his doubts about Jack’s version of events. A short time later, Jack discovers that Jill came over to get interrogated about Dina. He reflects on all the difficulties he’s faced since his mother came to live with him. Jack hints that there could be more drama looming.

You can bet that Jack’s right about that! “The Young and the Restless” viewers can indeed expect plenty of conflicts, bombshells, and chaos. We’ll keep you posted as other Y&R news and rumors emerge. Stay tuned to see what’s next in Genoa City.