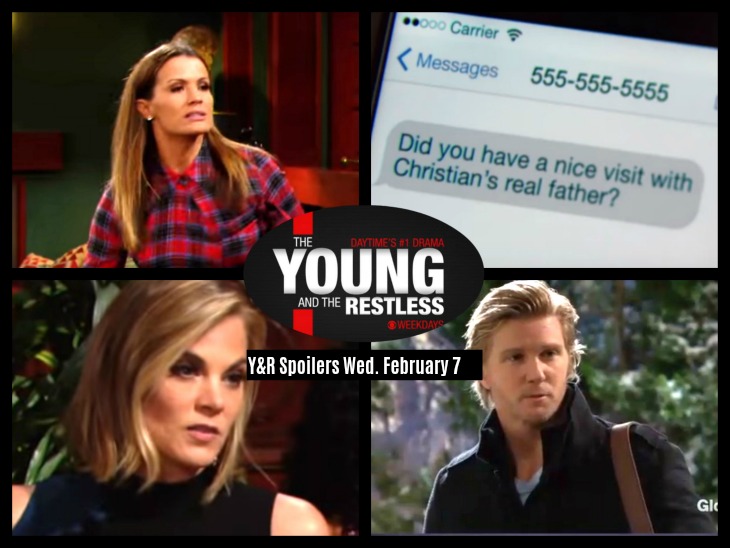 “The Young and the Restless” spoilers for Wednesday, February 7, tease that Lily (Christel Khalil) will be stuck in a war. At Newman Enterprises, Ashley (Eileen Davidson) and Victoria (Amelia Heinle) argue about Lily’s responsibilities. Later, Lily asks Nikki (Melody Thomas Scott) for assistance. She thinks Nikki could speak with Victor (Eric Braeden) and resolve some of the leadership issues.

Nikki brings up the problem to Victor, but he’s already aware of it. He thinks it’s good for Victoria to feel the fire. Victor still wants Victoria to take over when he’s gone, but Ashley’s a great way to keep Victoria at the top of her game.

Related: The Young And The Restless News: Greg Rikaart Returns To Y&R

At home, Ashley finds a little tribute to her on the mantel. Jack walks over and offers an apology for how he treated his sister. He wants to make it up to Ashley, so he urges her to provide her demands and rejoin him at Jabot. Jack promises he’s going to change the blood-Abbott amendment as well.

Ashley’s moved by Jack’s thoughtfulness and insists that she can forgive him. Unfortunately, that’s not enough to fix things. Ashley points out that Jack can’t be trusted. Speaking of untrustworthy people, Jordan (Darnell Kirkwood) returns in Wednesday’s Y&R episode. He’s normally the trickster, but he’s the one tricked this time around.

Phyllis teams up with Hilary (Mishael Morgan) for her latest strategy. When Jordan arrives for a meeting, he believes he’s about to get a Fenmore’s gig. Phyllis drops the Chelsea 2.0 bomb and starts pumping him for info. Jordan doesn’t cooperate at first, but Hilary’s threat gets him on board. He talks about Chelsea orchestrating similar scams in the past, but he can’t believe she’d still be up to no good.

Afterward, Jordan summons Chelsea to Crimson Lights. He fills her in on what happened and Chelsea fumes. She’s ranting about Phyllis’ dirt-digging when Nick (Joshua Morrow) appears. He quickly orders Jordan to leave. Later, Jordan ends up bumping into Lily at the athletic club. She blasts him over the nude photo scandal and reveals that she took Cane (Daniel Goddard) back.

Jordan balks at the reunion, but Hilary intervenes. She supports Lily’s decision, which doesn’t make much sense to Jordan. Jordan wants Hilary to have a drink with him, but she hints that she could be pregnant. She talks about finding a sperm donor, which prompts a chuckle from Jordan. He notes that he once donated his sperm and the clinic put that he was a brain surgeon in his description.

Over with J.T. (Thad Luckinbell), he gets the ball rolling on a dinner party. Billy (Jason Thompson), Phyllis, Nick and Chelsea all attend the gathering. As “The Young and the Restless” fans would expect, Chelsea and Phyllis immediately face off. They cause quite a fuss, but Victoria and J.T. enjoy some peace eventually. They chat alone about the Newman job offer. J.T. insists that he’s going to take Victoria up on it.

At the penthouse, Chelsea panics over a text. The message says she won’t get away with what she did. Bring on the drama! We’ll give you updates as other news and rumors emerge. Stay tuned to see what’s next in Genoa City.