The Young And The Restless Spoilers: Joshua Morrow Says Sharon And Nick Reunion Is Happening 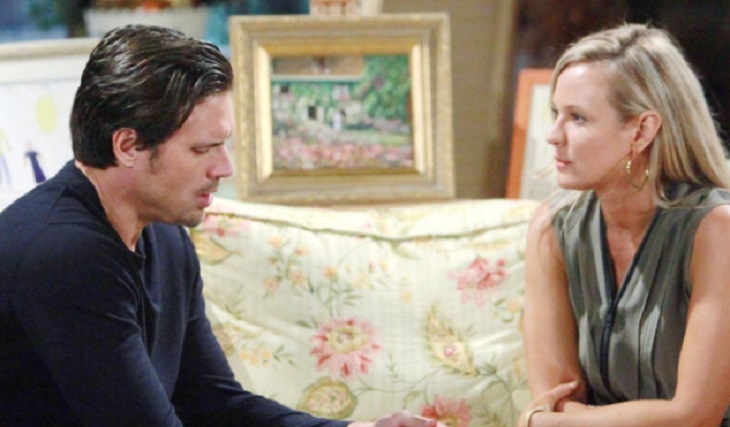 The Young and the Restless spoilers tease that former couple Sharon [Sharon Case] and Nick Newman [Joshua Morrow] are back in each other’s orbit…again.  Y&R fans knew it would be only a matter of time before CBS soap writers put the former super couple back together, and it looks like that time is now.

Recently on The Young and the Restless, Nick and Sharon found themselves alone, miserable, and single at the same time.  And, they conveniently have one thing to bond over, their love for Sully/Christian, who it turns out is either of their child.

Melissa Claire Egan’s character Chelsea Newman has officially skipped town, and left Nick high and dry.  The heartbroken single father opted to live with Sharon under the same roof, because who wants to be alone during a time like this?  Still reeling from her most recent break-up, Sharon was happy to oblige.

The stage has been set so perfectly for a Shick reunion, we would truly be shocked if it did not happen.  And, so would Nick Newman’s portrayer Joshua Morrow.  Morrow recently dished in ABC Soaps In Depth Magazine, “It will happen at some point.  There is zero chance that a reunion doesn’t come to fruition at some point.”

What do you think Y&R fans?  Are you happy to see Nick and Sharon reuniting?  Share your thoughts in the comments below!