The Young and the Restless Spoilers Friday, September 7: Lily Targeted Behind Bars – ‘Philly’ in Vegas – Jack’s Father Hunt Presses On 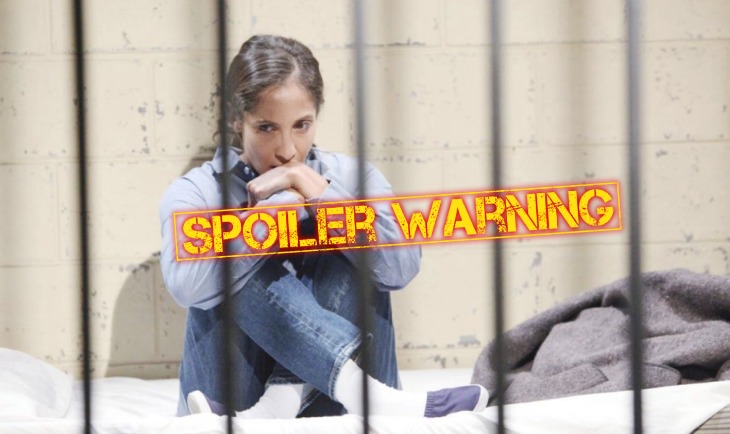 “The Young and the Restless” spoilers for Friday, September 7, tease that Jack’s (Peter Bergman) move will delight Abby (Melissa Ordway). At the Abbott mansion Abby welcomes Jack back home and strikes up a conversation. They chat about Phyllis (Gina Tognoni) and Billy (Jason Thompson), who’s presence at the house could be an issue. Jack contends that it’s awkward, but he can deal with it.

They shift gears by discussing Abby’s decision to leave Newman. She also mentions Arturo’s (Jason Canela) feud with Rey before they settle on the topic of Dina (Marla Adams). Jack’s feeling upset about how Dina’s fading. He’s not giving up on the search for his biological father.

When Ashley (Eileen Davidson) arrives later, she updates Jack on her new romance with Neil (Kristoff St. John). Jack hopes they find happiness. He wonders if Neil could contact the server company and see if there’s any lingering personal info regarding Dina.

As Abby gazes at the old photo Jack discovered, Ashley notes that Phillip Chancellor (Donnelly Rhodes) wasn’t the bio dad answer. She thinks it’s strange that Dina saved a picture of him despite the rejection. Jack realizes one of the other guys in the photo could be his father. He suggests that Dina might’ve turned to another man for comfort.

In Las Vegas, Phyllis pledges her support to Billy in a hotel room. She claims she’s behind him on his poker tournament plans, but her face and body language tell a different story. Sinead (Lira Kellerman) eventually drops by and sparks some suspicions for Phyllis. She doesn’t get why Sinead helped Billy get in the game. Sinead fibs that she thought Billy might put Jaboat up for a bet again, but Phyllis remains wary.

Afterward, Billy emerges victorious and returns to the room for a celebration with Phyllis. After making love, they hear from Sinead again. She notes that Billy will have to go big or go home. The next round doubles the stakes, but Billy’s all in.

Back in Genoa City, Cane (Daniel Goddard) gives Charlie (Noah Alexander Gerry) and Mattie (Lexie Stevenson) a pep talk before their prison visit. Once they arrive, Lily (Christel Khalil) puts on a brave face and asks about school. Mattie matches her mother’s effort, but Charlie’s too upset to try. He gets snappy before Cane eventually shares a moment alone with his wife.

Lily breaks down and confesses that this is so hard. She’s viewed as a spoiled brat in there, so she’s become a target. Lily worries about how she’s going to get through this, but Cane has an idea. When asked, Lily reveals that they turn the lights out every night at 10:00 p.m. Cane vows to do the same at home as a show of support. He promises to keep it up until she comes home to him.

Lily doesn’t like her predicament, but admits the guilt she feels is still the worst part. As tears fall, Charlie peers in and seems glum. “The Young and the Restless” spoilers say more trouble’s ahead for this family, so keep watching for some exciting drama. We’ll keep you posted as other Y&R news and rumors emerge. Stay tuned to see what’s next on the CBS soap.

MUST WATCH The Bold And The Beautiful Preview Video Friday, September 7: Hope Shocked By Steffy’s Betrayal