The Young and The Restless Spoilers: Cane Wants To Protect Lily But Doesn’t Want An innocent Man Blamed For Accident 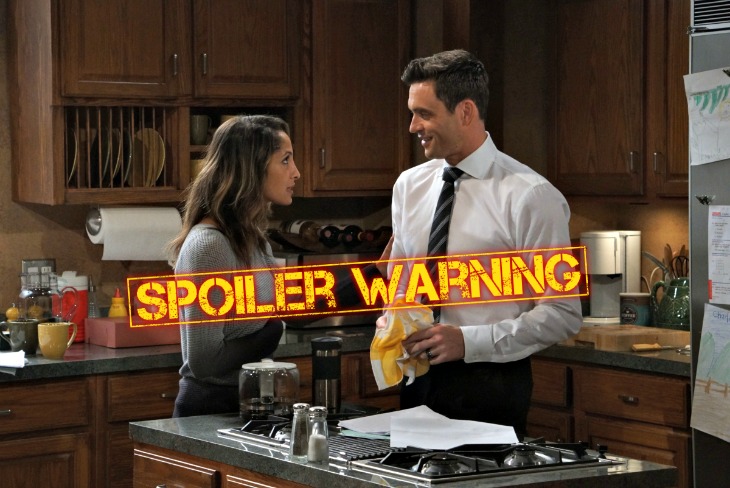 The Young and the Restless spoilers indicate that Devon (Bryton James)  is in so much pain following the death of Hilary (Mishael Morgan) and his unborn child, that he can’t even think straight.

Of course, Lily (Christel Khalil) is also devasted that her actions – running a red light while arguing with Hilary – cost Hilary and her unborn baby their lives. And now her husband Cane (Daniel Goddard) is struggling to protect Lily from her guilt and Devon and his wrath.

According to CBS Soaps in Depth, Cane races to Crimson Lights to catch Lily before she goes to the police station to turn herself in. Actor Daniel Goddard, who plays Cane on the highly rated CBS soap, told the publication in an interview, “As a human being, she is devastated because she is responsible for what happened. Lily is not doing well. Cane is trying to protect her. That has pretty much been established in the Cane and Lily dynamic over the years. He will do whatever it takes to protect his family.”

But that’s not all. Cane has his own guilt that he’s struggling to keep under control. No matter what happens, there will be tragic consequences. Daniel added, “The difficult thing for Cane is, if Lily isn’t held accountable for the car accident, then that means the truck driver – who didn’t run the red light – will be blamed for running a red light. To me, that’s a very important story, too.”

Of course, fans will just have to tune in to find out what will happen next! The Young and the Restless airs weekdays on the CBS network. Check your local listings for times. In the meantime, drop us a line with your thoughts in our comments section below.