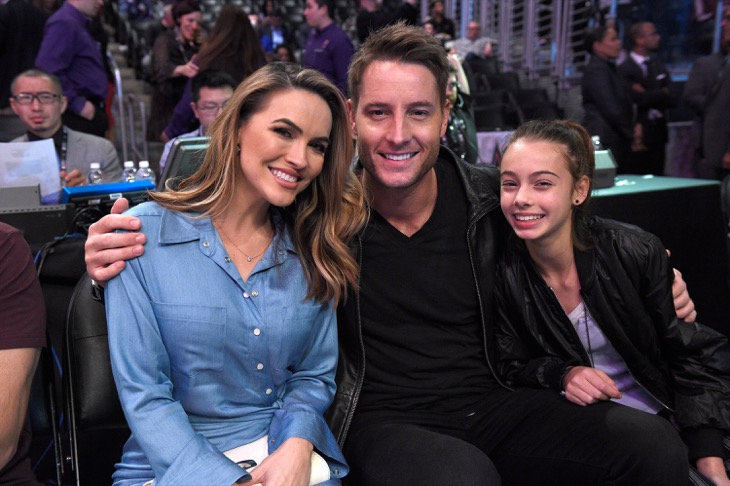 The Young and The Resteless Alum Chrishell Stause-Hartley might be married to one of the biggest television stars on the small screen right now, but her life wasn’t always this glamorous and easy. As a matter of fact, Chrishell, who has also starred on All My Children and The Young and the Restless, recently opened up about her homeless past. She says one of the reasons why she likes to save and be resourceful is because she knows the value of a hard earned dollar.

Related: The Young and the Restless Coming & Goings: Chelsea’s Mom Anita Returning To GC To Raise Some Hell

Fans know Chrishell best from her role as Bethany Bryant on The Young and the Restless. She’s also married to This is Us star Justin Hartley. And while she might always look picture perfect on the red carpet, Chrishell says that she still finds herself doing some odd things. For example, she reuses her eye remover pads.

“I put it back in the thing,” Chrishell told Page Six in a new interview. “I only used half of it! Justin came home from work and went to use one…he asked why there was a dirty one in there! It sounds embarrassing to say out loud, but I didn’t even think twice about it — it does sound gross! I have to reevaluate.”

The 36-year-old confessed that she was homeless “a few times” in both the seventh and tenth grade but hasn’t elaborated about the details. She was born in Kentucky and despite her struggles, managed to receive a B.A. in Theater in 2003.

“I was homeless a few times in my life and it was really hard growing up, but now I’m super grateful about everything,” Chrishell added. “I’m still really cheap!”

LOVE THE YOUNG AND THE RESTLESS? SIGN UP FOR OUR EXCLUSIVE NEWSLETTER!

he Young and the Restless Comings And Goings: Two Fan Favorites Head Back To Genoa City