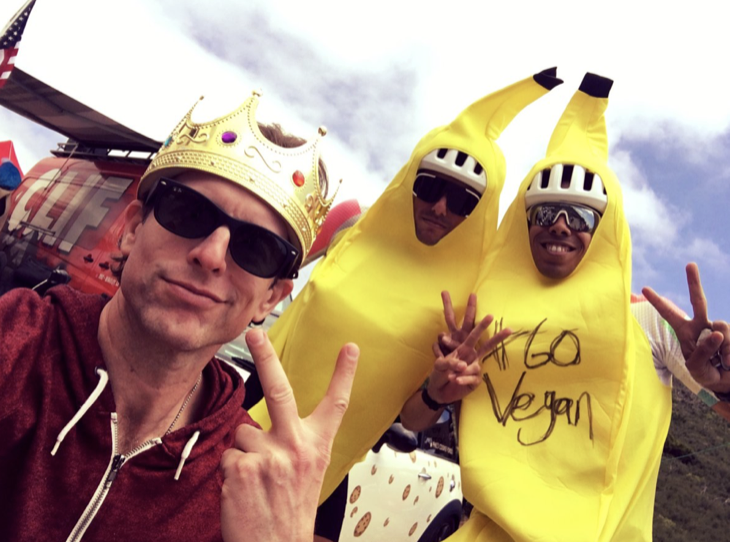 For those wondering what Michael Muhney has been up to these days, we’ve got some answers for you. In fact, it looks like the former The Young and the Restless star has been keeping pretty busy with some new projects and of course, new hobbies. Fans remember him best as his character Adam Newman in Genoa City.

According to Michael’s Twitter page, he recently got to participate in a Pro Racer event. And from what we can tell, he was having a great time, even if he was briefly dressed up as the cookie monster.

Michael tweeted to his fans, “Having so much fun cheering on the pro racers. I love the sport and the people and the culture so much. As a parallel, I see & hear all of you cheering me on and it gives my heart wings! Good things are just over the and I will never forget all your cheers!!

Having so much fun cheering on the pro racers. 🚴 I love the sport and the people and the culture so much.

As a parallel, I see & hear all of you cheering me on and it gives my heart wings! Good things are just over the 🌈 and I will never forget all your cheers!!

As far as his work on the small screen, Michael made a brief appearance on the highly acclaimed ABC drama, The Good Doctor. While there’s no indication on whether or not he will return to The Young and the Restless anytime soon, it looks like he’s enjoying everything that he has going on in his life right now. Of course, it’s without a doubt that his fans still missing. But knowing how the soap world works, there’s always the possibility that we might see him back in Genoa City sooner rather than later. After all, the door is always open for a surprise return, especially when it comes to the world of soaps!

As of press time though, there are no other projects in the pipeline for Michael. Then again, anything can still change at any given moment.

Days Of Our Lives RECAP Friday, May 18: Abby Accuses Stefan Of Rape